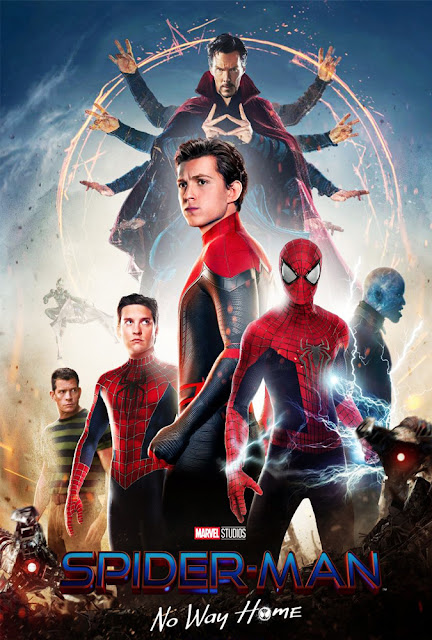 Don't get me wrong, this was a good movie and kept my attention, but it wasn't really a "story" so much as fan nostalgia. They tried to add some risk to it, but it kind of fell flat. Hey, let's grieve for 3 minutes and then jokes, action, action, smiles, love, loss, and queue the credits. To be blunt, the story was VERY surface level, much like all MCU movies. The only reason for this movie to exist is as a fan service. No more and no less. There was no heart to it. It was all splash in the name of nostalgia.
Personally... I wish Sony would end the MCU/Disney partnership and maybe even go back and continue the Andrew Garfield line of movies. To date, Spider-Man in the MCU is still dependent on the MCU. Whether it be Iron Man or Nick Fury or Doctor Strange, the MCU Spider-Man has been dependent on these connections. Maybe that will change going forward (due to how this one ends), but I feel like that won't be the case.
When the Maguire and Garfield Spider-Man's are surprised and have no idea what an "Avengers" is, I longed for those worlds where this uber connected MCU world did not exist and the characters could stand on their own, within their own stories. Ah... the good old days...
Comics Marvel Movie Review No Way Home Spider-Man