The Ghost Ninja in the Void 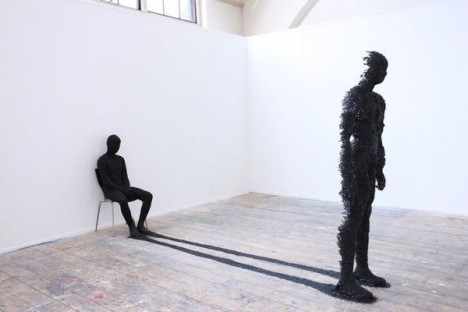 In the day job we're having these committee meetings this week. Proposals to move the company forward. I put forth an idea yesterday, it got a good bit of talk around it, and then I put it in writing to be considered as a pitch to the group and in turn to the company at the end of the week. Proposals get debated in the group, voted into group pitches, and then the top pitch is offered and pitched to the company.

So today, we were going over the proposals from yesterday. Wouldn't you know it, mine was the ONLY one left out. There were 17 proposals in the group and they were grouped into similar categories. I saw the place where mine would have fit in with three others but it wasn't listed. I thought maybe the group lead thought it should go elsewhere, but by the end, it was left out of all of the groups/categories.

I could have mentioned it after the discussions but it was like other things I've already experienced here (there, everywhere), where my opinion is ignored. The kicker... my idea would have been a relatively easy idea to implement and streamline the ticketing and workflow process. But hey... whatevs... 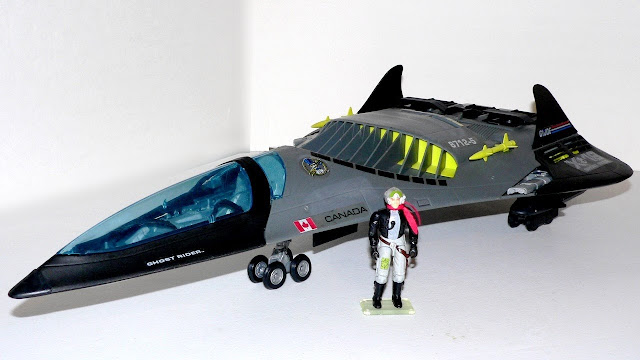 When I was a kid, I had this toy GI Joe stealth fighter (above). I remember reading the card for the pilot's bio (below), Ghostrider, and thinking that I identify with this character. Only I didn't have to "work at going unnoticed." It just seemed to happen. Maybe that's why cultivating followings for my blogs, articles, and social media (even back in the day trying to cultivate a following while DJ'ing) always seems to be an uphill battle. I seem to be naturally invisible and completely in a phase of stealth? I really don't know??? I don't know what the secret sauce to popularity is. Especially today. It's not based off of actual content these days or being able to put logic into action. 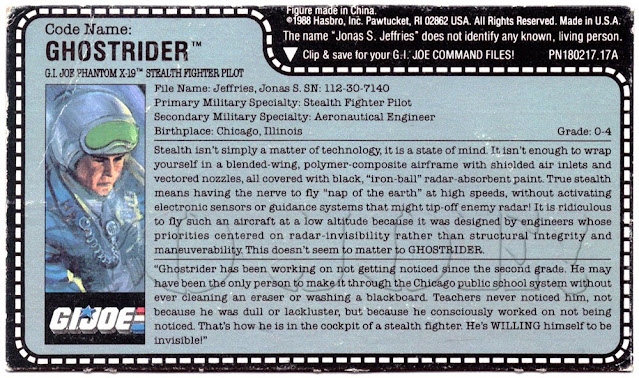 I don't know...
So what happens when I finish my book? I put it out there and... Promoting it via social will be like promoting my blog via social, traffic doesn't happen. Click through rates are not high. Outside of pic collectors using Google image search (where they don't even see the words but can land on the picture, which counts as a view, even though nothing was viewed), readers are few and oh so far between. If you are invisible, no one is going to read the book. It's really as simple as that.
When I was trying to put out my NaNoWriMo 2017 novella entry, I was able to get some test readers but out of the 5, only 1 person actually took the time to read the novella. It's like, thank you immensely to that 1 person and thanks for nothing to the rest.
I can write whatever I want in this blog and chances are pretty damn good than no one will ever stumble upon it. I could turn this entire blog into a salacious diary, on the public internet for all to see, and it wouldn't be opened or viewed. It's a singular soap box into the void.
Maybe I should just use a pen name when I publish. See if that breaks the curse of the void?
No one listens. Ignored Speaking The Void Writing