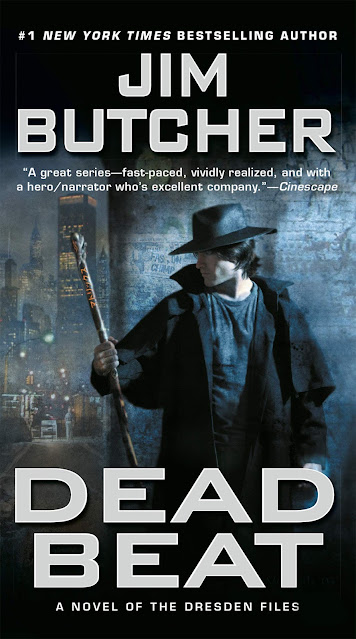 The search is on for The Word of Kemmler. Essentially the ability to call on and become a God. So it's up to Harry Dresden to stop it. That means taking on several different necromancers to get to it first. And then there's Mavra, the old vampire, who will release evidence of officer Murphy taking out vampires (That makes it look like she just went into a building and massacred a bunch of people) if Dresden doesn't find it and give it to her. Oh... and then there is the prospect of dealing with the shade of the fallen angel that is now tied to Dresden. Harry has a lot on his plate here.

Lucky for him, he has Butters, the mortician. I hope Butters shows up in more books. He's like Josh Hoberman (played by Trevor Einhorn) in The Magicians (SYFY/Netflix) TV show. This is such a great character because he can throw out all of the humorous lines. He's a muggle (non-magician to use a Harry Potter reference), so this is his introduction into this strange and deadly world that is happening all around. He get's to ask Harry the questions that we, as the reader, would be asking, but do it in a very humorous way.

Dresden and Morgan finally have a bit of reckoning too, when Dresden is formally conscripted into being a Warden himself. That doesn't sit well with Morgan. He still thinks Dresden is up to no good.

Did I mention Sue, the Tyrannosaurus Rex? I'll just let you discover more about her, when you read it.

This is another solid and fun adventure in The Dresden Files. Looking forward to the next!