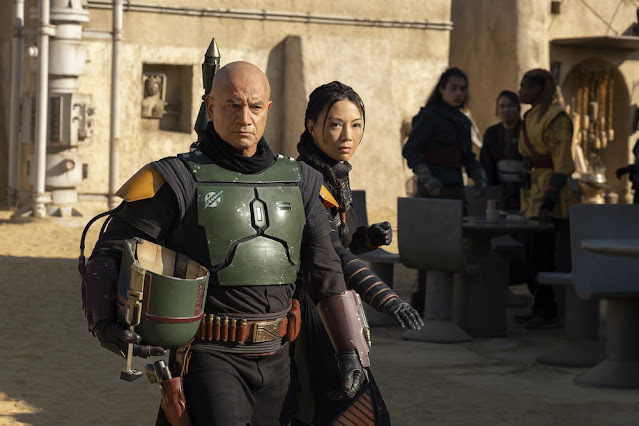 The Book of Papa Fett

So much possibility and fan expectations have now been squandered. This is NOT the Boba Fett you were looking for. This is the LIVE action version of what Disney would make a digital animated series about. You will not see the cold, cunning, and ruthless Boba Fett here. Disney has changed him into a man that will rule... "With Respect" (queue the sounds of throwing up). R.E.S.P.E.C.T.... Find out what that means to Disney.

I've watched three episodes so far and it's bad. 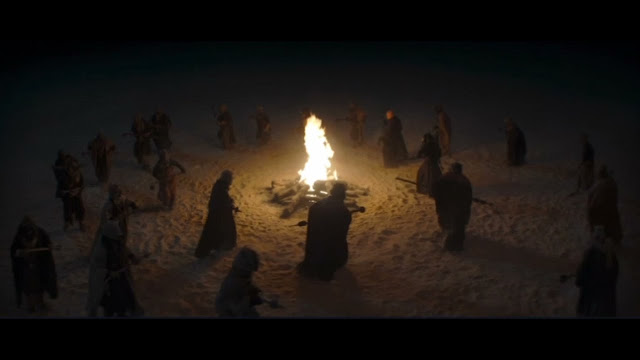 1) Each show is split between the present and a past flashback. However, (so far) most of the show is comprised of the past flashback. The boring tale of how Boba Fett escaped the Sarlac pit and then liberated the Tuskan Raiders from a group of "colonizers" that transported goods through the desert on a train and fired at the Tuskan Raiders so they wouldn't be hijacked. It's Dances with Tuskan Raiders (literally). Down to The Lion King-like music and dance number around the bonfire. Who the hell thought this is what Star Wars fans wanted to see??? 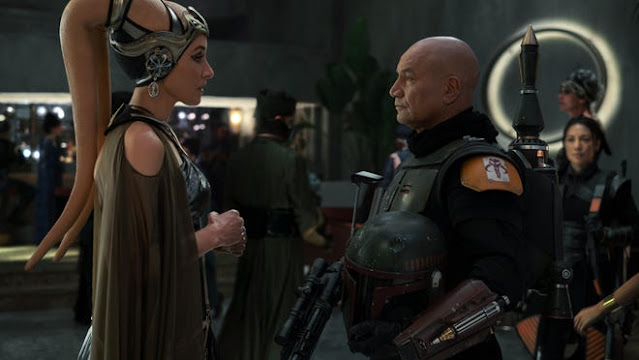 2) EVERYTHING is CLEAN. Nothing feels lived in. They're on Tatooine for crying out loud but all of the sets are clean. The outfits are all clean. The Wookies have no sand in their well styled hair. Even the practical creature make-up looks like new plastic and paint. None of it has been weathered. 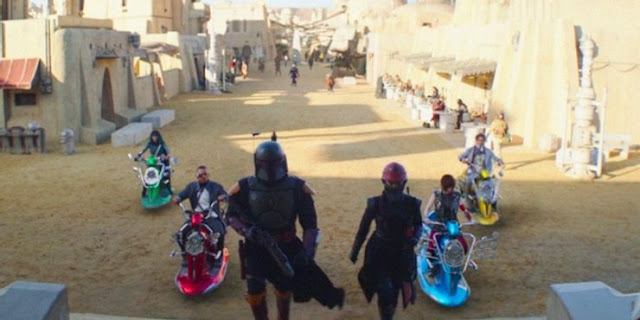 3) The steampunk/cyberpunk kids are super cringe. It's this group of teens that don't have jobs and augment their bodies with cyber parts but look like they belong in Victorian England. They ride Power Ranger colored scooters that look more at home in Back to the Future 2 than in Star Wars. They also break the long held rules of Star Wars that pertain to keeping slang out of the show. One of them refers to people as, "mate", which is slang. Anyway... Boba Fett wants to help them out, so he gives them jobs. Because that's what Papa Fett does these days. He provides jobs to the street youth to combat joblessness in the city. It's the Build Back Boba Program for street urchin.

4) Boba Fett talks a lot. This is something that Temuera Morrison (Boba Fett) fought the writers and producers on and lost. Favreau overruled him and now we have the talkative Papa Fett.

5) Papa Fett gets beaten down and knocked around quite a bit. The dude is no longer a deadly bounty hunter. There's no killer instinct left.

This is not the same Boba Fett from the original Star Wars series. This is Papa Fett, that has been Disneyfied, and geared toward very young kids. The problem is, even the very young kids can see through the character change. All of the mystery and danger has been removed from the character. There's no longer any reason to be interested in him, anymore. He's no longer cool.

How would a Competent Writer do it?

A competent writer would keep Boba Fett as he was. A cold blooded, quick tempered, killer. This could still work for taking over Jabba's palace and becoming the ruler of the region. He'd keep his helmet on whenever in public, talk less, and rule through fear.

In the first episode, you would introduce a new character (This is ground breaking. A new character!!!), on some other planet, maybe even Coruscant. He (or she, because we know that males are not well liked as heros in Hollywierd these days) finds out that Boba Fett is still alive. Previously, when he was a kid, Boba Fett had killed his (Mom, Dad, older Brother, Family Pet, or Aunt Edna). So "New Character" travels to Tatooine and devises a way to get into the palace (for work or what have you), so that the new character can get closer to Boba Fett and gain his trust, or gain the trust of Fennic and use her to get to Boba Fett. You'd set up the palace intrigue and could build up to this new character finally confronting Boba Fett.

Anyway... That's how someone with a competent storytelling ability might go about doing it. It preserves the legacy of the character while still making that character a central figure in the story. Bad guys don't have to be converted to Good guys to use them as central characters. Sadly.... unless this entire show was retconned, that's not going to happen.

I'm struck by how Star Trek (and the various Trek shows on Paramount+) are giving us movie level production EVERY episode while Disney is putting forth this low budget looking effort with Star Wars. Star Trek is also more adult in every aspect, while Star Wars has made every effort to push adults away. Realistically speaking, Disney is ruining Star Wars with every decision they make. I wish Lucas had never sold it off to the dirty Rat.