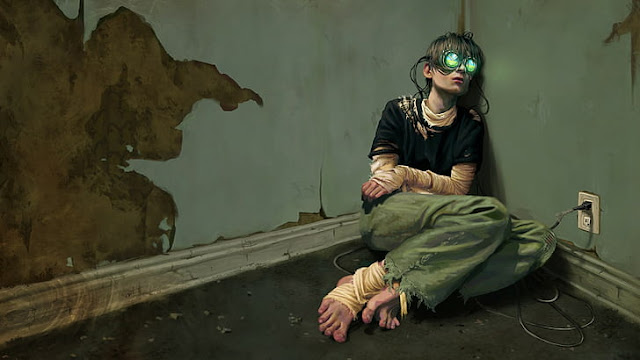 Vaccine mandates for failed vaccines that don't stop infection or transmission and that are injuring and killing hundreds of thousands of people. The government and the media are okay with stripping people's freedoms, liberty, and agency. Everyone, all over the globe, dropping the slogan, "Build Back Better" as if it is a rally for something "better" when every single policy that comes with that name is all about oppression of the people, while the elites take more power.

I just want to live my life and be left alone.

Yet, at every turn, you have the government, some agency, some activist hounding you to do as they say (even though they rarely keep to their own demands). Science is bastardized for narrative. There are biology deniers everywhere and we're expected to just shut up and ignore biological fact for a circus of pronouns and people make believing they are a different sex. The world has gone fucking insane.

I lose hope daily because freedom, liberty, and agency are eroded daily. It hurts to think about it. It hurts to see the ideals of your country being ripped apart by crackpot ideologies, that the left now foster and spread like a virus. People get hurt and die because the left want to play a game for power. A game to put groups of one over another. That's all the left ever does, divide the people. First by race, then by class, then race again, and then they added gender, and now they've added vaccinated or unvaccinated. It's always a division when the left play. It's always about tearing one group down to prop up another.

I feel like there is no stopping tyranny now.