Book Review: The Honor of the Queen by David Weber 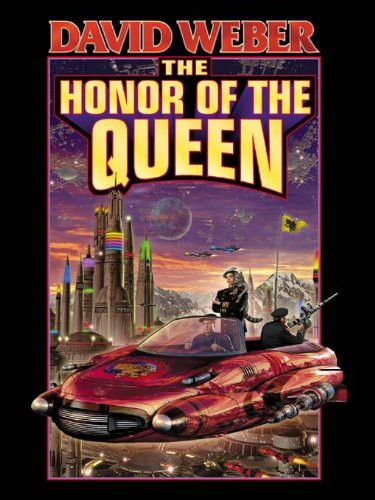 In the second book of the Honor Harrington series, Honor now has the respect of the Queen and all of Manticore, for how she handled Basilisk station. Now she must maneuver the political landmines of diplomacy. Specifically, within an envoy to defend a planet of closed off religious zealots (Graysons) from a neighboring planet of even more stringent and devout zealots (Masadans). To make matters worse these zealots are of the mind that a woman should not be in uniform and the captain of a ship. Honor has her work cut out for her. Especially since Haven (the society that will one day be in an inevitable war with Manticore) is involved.

The great ship-to-ship action is back as well as Honor having to defend and fight off a terrorist attack taking place planet-side. The diplomacy and overcoming religious stigma is handled very well. Skills and valor outweigh gender and preconceived dictates of religious tradition.

I absolutely love reading this series. It moves quickly and has a nice balance between political intrigue and action. Characters are further fleshed out, giving you a connection to the plight that they face. Ship-to-ship action is still thrilling. I love the tactics used and described. While fans of military Sci-Fi will love this series, I think general Sci-Fi fans outside of that military genre will also enjoy it.