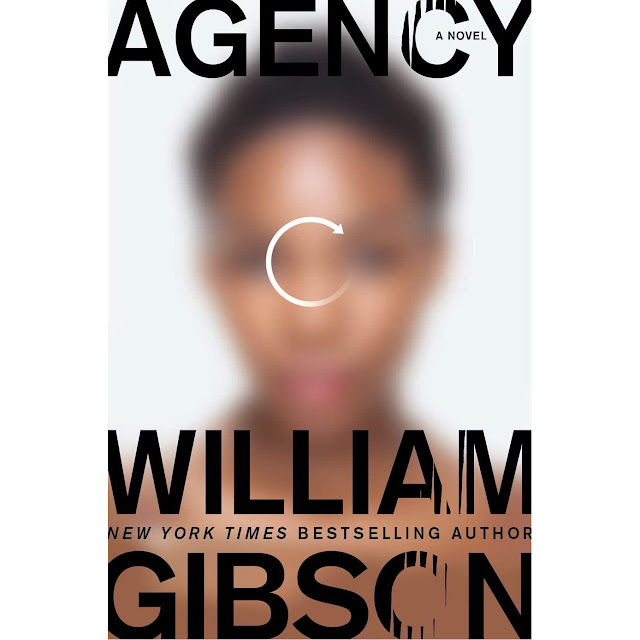 Agency is book 2 in the Jackpot trilogy, following book 1: The Peripheral (Review HERE). I’m not going to go over how a “stub” works again, so you may want to read my review of The Peripheral first.

Agency is about a woman named Verity Jane and the AI, known as Eunice, that Verity was hired to research. When the AI goes “off the grid” to hide from the company claiming to own it, they send their people after Verity. She finds help from Wilf Netherton, Rainey, Ash, and Lowbeer in the “main timeline”. As well as from Conner, piloting an automated drone, from the stub that was featured in The Peripheral. I know, it sounds confusing, but if you read these books in order, you get it. At least most of it.

I like that we get to know Wilf and Rainey a bit more. Their characters are filled out further from the last book. They’ve also grown and matured from then too. Character development is always a good thing. I also think that Verity Jane is a deeper character than Flynne from The Peripheral. I think the fact that she started out by having conversations with Eunice, gave her more to work with, while the we, as the readers, are getting to know her. We learn more about her because of this dynamic with the AI. I do hope that both Verity and Flynne show up again in the next book.

William Gibson is the master of creating complex worlds but then allowing the reader to fill them in. There is no glossary of terms or footnotes to be found. For a term like the "klept", you will be 81% of the way through this second book before you get a contextual definition for it, and this term was used in the first book too. William Gibson makes you work for it, and somehow, for those that do, we get a lot of out of it.

I’m definitely interested to see what this all leads up to, whenever the next book is released. For fans of the cyberpunk genre, this is William Gibson, revitalizing it and shaping for the future. So strap on your brain caps and enjoy the ride!
2021 Book Title Completion Count: 33
Agency Book Reviews Books Cyberpunk William Gibson