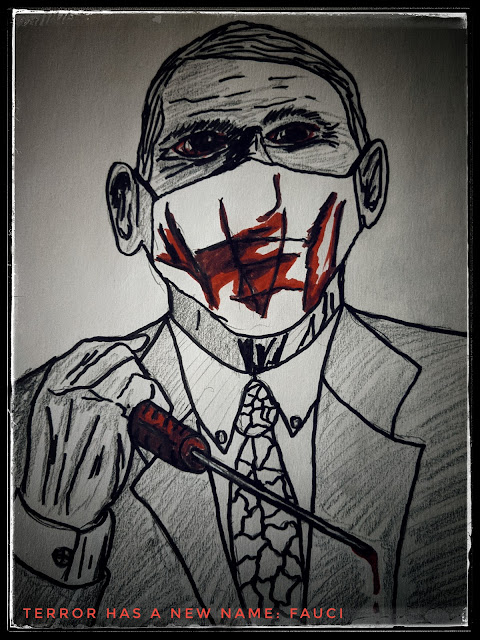 If you still believe anything that comes out of flip flopping Fauci's mouth then you are a special kind of stupid. You can watch interview after interview of this guy and see him flip flop in real time. Now, after his emails have been released, he tries to cover up his lies by saying that a attack on him is (get this) an attack on science. The dude that has never followed the science claims to be the devout authority on science.

- 4 big studies now show that masks were useless. Even flip flopping Fauci admitted as much. The size of the virus did not change and it has always been too small to be contained by a mask (unless you are talking symptomatic snot rockets). If you can smell perfume with a mask on, then you can inhale virus particles. Virus particles are smaller than perfume particles. This is called: FOLLOWING THE SCIENCE.

- Speaking of symptomatic, we now know that there is still no proof of asymptomatic transmission. So... lies by the Fauci-nator.

- Social distancing has been disproved. Whether 6 feet or 60 feet, you are breathing the same air. But since asymptomatic transmission never was a factor... it didn't matter anyway.

- Hydroxychloroquine treatments have been proven to work (as the former President stated). Fauci even told his own family to use this. But when it came to the rest of us... He said it did not work. I wonder why? To protect big pharma and make sure vaccines that were never needed, were pushed on the willing and scared masses. I wonder what his kickback was? I wonder how many people died because flip flop Fauci used the faith of the masses to mislead them?

If you want to have faith in flip flopping Fauci, that is on YOU. You shouldn't force anyone else to though. If you do, you're really an ass. Vaccinated people are getting heart inflammation and blood clots. Women are having their periods messed up. Over 5,000 people (listed on the CDC's own site) have died after getting the vaccine (a normal vaccine would be pulled from public use if 50 people had issues with it). If flip flopping Fauci, politicians, the media and the entire establishment lied about all of the above, how can you believe them when it comes to this dangerous vaccine?

Life, Liberty, and Freedom are more important than your belief in forcing everyone else to get something you have faith in. Especially when the science proves you wrong.