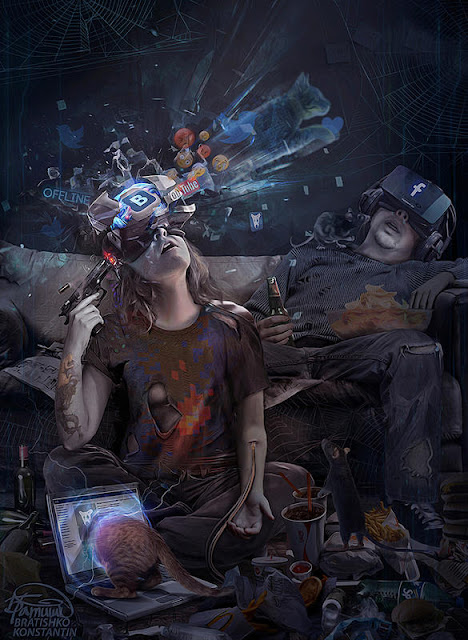 CYBER Suicide by Konstantin Bratishko has been banned on Facebook as "Promoting Suicide." Never mind the FACT that this now classic Cyberpunk piece is a warning against the addiction of social media and being connected 24/7/365 and that doing so is like "committing suicide". I was using it as my banner picture and they removed it and then splashed up a message that it promotes suicide.

No one sees anything I post on Facebook anyway. Regardless of it being political, news, or photos around the house... The people that follow me over there have even told me that they never see my posts unless they go to my profile. So now, I've deleted all of my posts, save for one that tells people to reach me on MeWe or on my blog. Facebook has become a pointless platform.