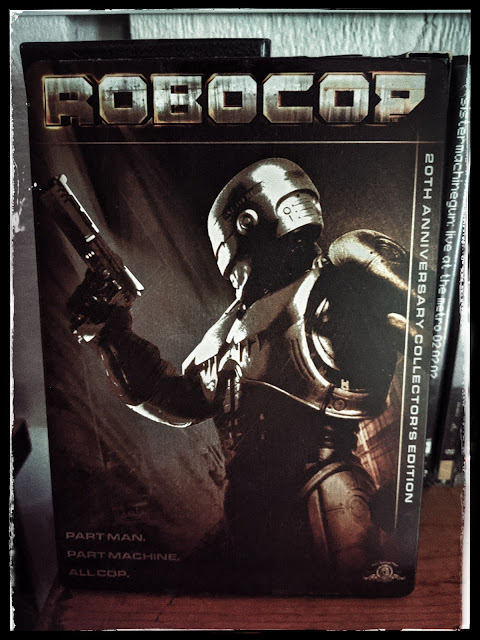 Robocop (1987) is my favorite movie of all time. When I was a kid, I would watch that movie everyday after school. I memorized the lines of it. My Mom had the VHS on extended rental until it finally became available to buy and then I got it for my Birthday. Suffice it to say, I know Robocop.

So when the 2014 reboot came out, I felt like it was wrong from the beginning. From the plastic looking black suit to the fact that he kept his right hand. It looked bad. Then I saw the movie and it was not only bad but they totally did not understand the main point of the movie or the character of Alex Murphy.

In the 1987 original, Murphy gets flashes of his past that start to break through his cold and algorithm controlled mind. He's a machine, he knows his functions, but finding out that he was once a man, means he must come to terms with what he is and find the man he was within.

I think that it is such a major change that the story no longer works. You as the viewer no longer get those moments of empathy for Murphy and his struggle with his humanity. He's not torn between algorithmic duty for justice and humanity.

They should have just made the 2014 a long after sequel with a new character, extending the universe and keeping the older movies as canon. But this is Hollywood and they don't think much...