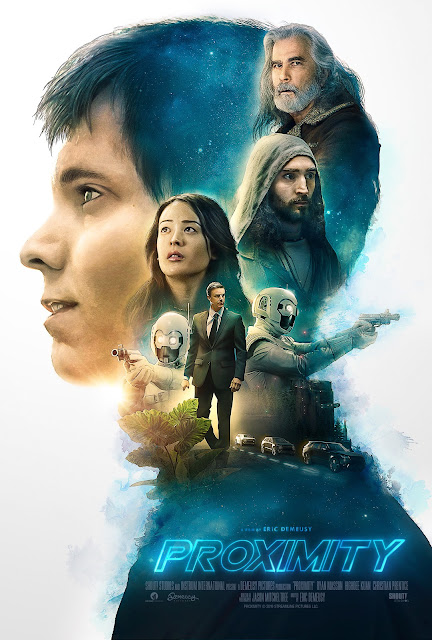 Proximity is a movie in disguise. I had seen a post where Giorgio Tsoukalos (Ancient Aliens) had recommended this but now I'm wondering if that wasn't just a sponsorship call out because a small insertion of Christian Religious doctrine changes this from being a straight up alien abduction flick into what seems to be a splinter from Hollywood that packages movies as one thing and then near the very end, the movie reveals its true purpose.

The Premise: A young scientist has proof of his abduction, is ridiculed for being "fake" when he isn't, and then it all unravels...

The first 35 minutes or so were excellent. Then the government agency with the "robotic" storm troopers from some retro Doctor Who Dalek costume party get involved. The movie officially went off the rails. Then it's island hopping and talking and lame fast hacking. Then the aliens show up again and guess what they are looking for? Jesus.

The aliens are abducting humans in search of Jesus and the origin of everything. When this little tidbit drops toward the end, after sitting through the second half of the movie, I got this feeling of being lied too. That was not what this movie was billed as. The reason it irritated me so much is because this same thing happened with this Samurai movie called Masterless. I had watched that movie based on the dynamic that was similar to Sucker Punch, a man was dealing with his real life problem though the imagination that he was a Samurai in feudal Japan. However, at the very end of the movie, it puts the bible and Jesus in the spotlight and the entire movie was just a front to get to this religious message. 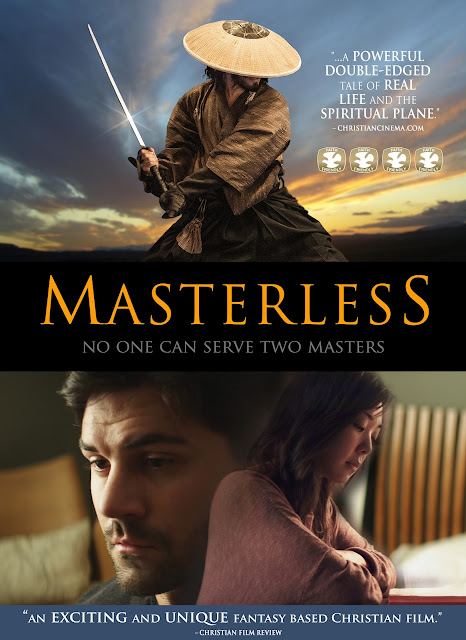 Look, I have no issue with Christian movies, and people enjoying them, and watching them. However, when a movie advertises itself as one thing and then adds in the Christian story line at the very end, it's a bait and switch. To me, it's just as bad as Woke virtue signalling in more popular movies these days. Would I have watched either of these movies if I had known that they were covers for a religious message? No. I wouldn't. Truth in advertising and promotion please.

I had a funny feeling with Proximity because the music was... off. It didn't fit the movie from the beginning. Then there were some unknown pop songs sprinkled in (Christian musicians maybe?). It was just odd and off. Then I get to the end with the Jesus message and then the pop song comes on at the action part and I see the feint in full view. In the end it was overlong and a bait and switch.