Critical thinking, Cause and Effect Logic, Analysis of Narrative.. are no longer Allowed 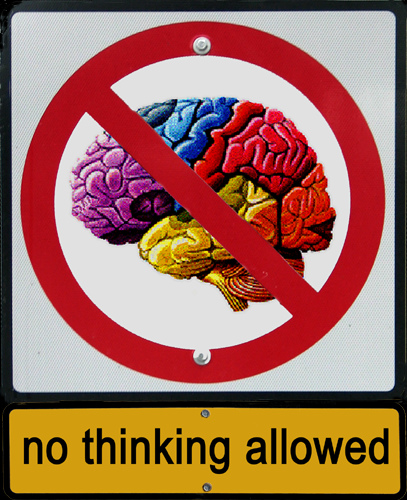 Critical thinking, Cause and Effect Logic, Analysis of Narrative... All apparently are no longer allowed. Big Tech has pushed so far into the realm of censorship that taking daily news articles, factual information from valid sites, and then linking them together is not allowed. The information can exist separately but if you put the information together and make a deduction of narrative, that is a no-no. This is disturbing.

Free Speech in this country is so this type of thing does not happen. It is so one narrative does not develop and that tyranny can not take control. We're losing our free speech on the internet because Big Tech has decided that only the Establishment can now dictate what the narrative is. They will tell you the narrative, you do not have a right to discern it for yourself. You most certainly do not have the right to let other people see that you have found something alternative to the condoned Establishment narrative.

This is dangerous territory we have now entered into. Not only are we not allowed to think for ourselves but we are not allowed to share alternative opinions about what is the "signed off on narrative". How the hell can the Big Tech industry not see that this is bad? We're no longer allowed to be free thinking individuals but instead we are allowed to be controlled by a singular narrative with no questions asked. Questions are dangerous. Questions are considered "conspiracy theory" and not allowed. Only one narrative is allowed and that is your only option. How is this America?

You can see the story taking shape everywhere. From removing accelerated learning for gifted students to people stating that math is racist. Thinking, learning, developing the ability to form opinions and make informed decisions is being removed. You must only believe what the Establishment has said is okay to believe, if you want to move forward. This is fucking 1984 now, in reality. This is some Soviet Union Censorship going on now. This isn't right.

It all comes back to my question: To what end?