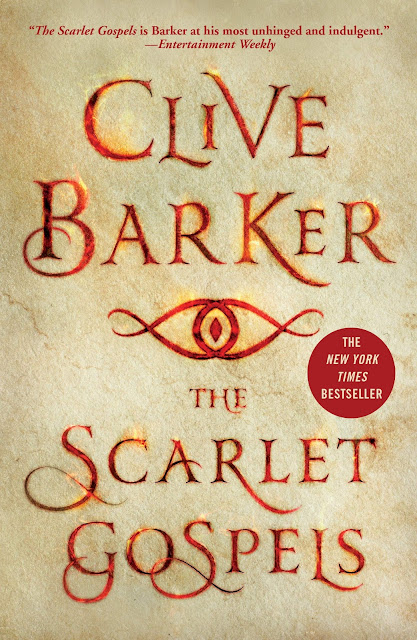 The Scarlet Gospels by Clive Barker is the sequel to The Hellbound Heart/ Hellraiser in the Barker official canon. There is a short story called Hellraiser: The Toll that bridges the gap between the two books that Barker has written. Also, the origin of the series is now a mix of the The Hellbound Heart book and the Hellraiser movie, with the Hellraiser movie (Written and Directed by Clive Barker) as being the more official order of events.

Now that we have that out of the way...

The Premise: Pinhead, The Hell Priest is killing human magicians to gain magical knowledge so that he can take over Hell. Harry D'Amour is a private investigator who deals in the occult and Pinhead has decided that he shall be his witness in this takeover. 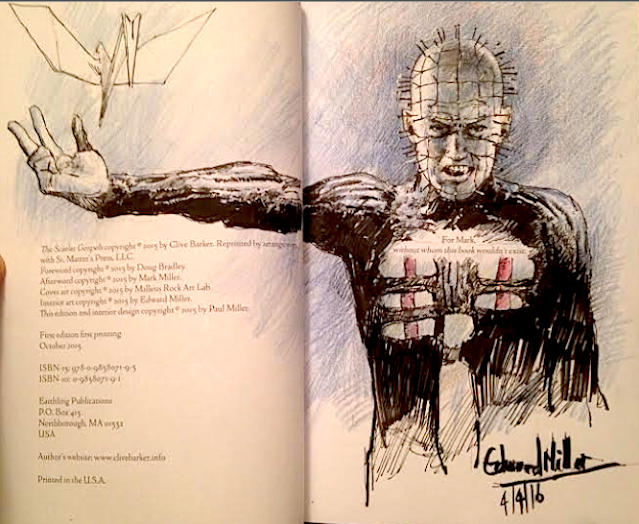 I enjoyed this book quite a bit. There are a few negatives but overall, it was a worthy follow up to Hellraiser that puts the series into a more Urban Fantasy vibe than a Horror one. It opens the world of Hellraiser up. This is a modern day Dante's Inferno with Harry D'Amour on the tail of Pinhead and traveling through Hell. The battle toward the end... Thrilling.

The negatives come in the pacing. It's starts strong, starts to lag a bit as additional characters are added, and then picks up to the hunt for Pinhead in Hell and the thrilling climax in the battle for Hell, but then... It keeps going. There's a limo scene with a preacher that just stands out as being frivolously placed in the events. The Epilogue drags on too. Harry and Pinhead are the stars but we get a rundown of what everyone is now doing after the events in the book.

Even with the negatives, it's a good book and worth the read, especially if you are a fan of the Hellraiser series.