What is going on? To what End? 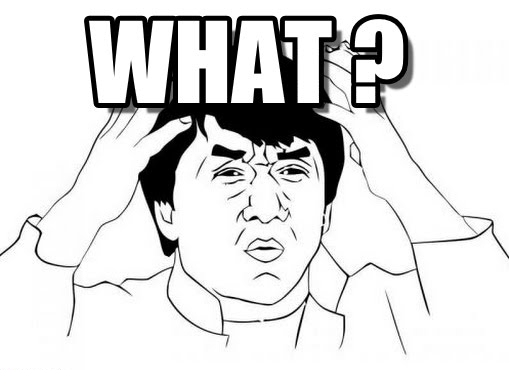 The world and this country have gone absolutely mental. Everyday is a new day in a Twilight Zone that makes no sense and would not even be believable as a show. 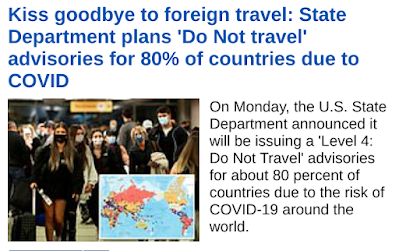 So, If I'm reading this right, the CDC is colluding with the State Department to shut down travel outside the country and as US Citizens, we are now prisoners in our own country. Never mind the fact that the CDC has no power to issue any kind of order for shutting anything down from travel abroad to stopping evictions from happening. This is total nonsense.

With natural herd immunity, this so called savior vaccine, and the fact that death rates have dramatically dropped and the virus is 99%+ survivable, I feel like this madness and insanity will never end. You don't lockdown and shut down for something like this. To what end? When will this end? 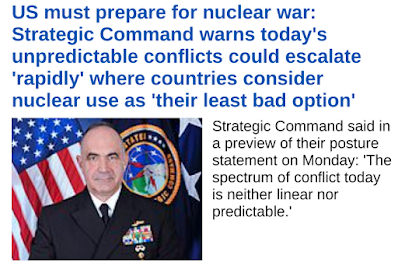 The US Strategic Command is saying that Americans should prepare for nuclear war. So basically we get, lets lock everyone at home and prepare for a World War 3 nuclear conflict?

Meanwhile at home, Twitter, Facebook, the media, and the government is occupied with pronouns, race, and gender nonsense. Just stupid junk that means nothing to the majority of people. We have companies that are caving to the 1% on Twitter who are vocal because they are so spineless that they can't just remove themselves from politics. EVERYTHING has to be political now. We can't even have entertainment that is just fun. Instead it has to be filled with dumb social political messages that have nothing to do with writing a good story or having good content. Race/Gender now dictate everything. The people pushing this junk are by far the most racist and phobic people out there because race and sex is all their lives are based on. The representation of skin color or sexual plumbing. Inconsequential idiocy. However, just enough to divert the country's attention from everything else.

We keep seeing statistics and studies on things but we don't "follow the science" or the facts because the narrative declares them to not be facts. Masks and lockdowns do NOT work. 4 big studies show this but you can't point to them because it is against the social narrative. Decades of immunology science is being ignored to push vaccines that essentially don't do anything. Why? Biological science, a hard science is ignored for the pseudo science of psychology to blow up sex and gender into a mishmash of fantasy terminology. Again... Why? Math is being called racist. Yet the act of dumbing it down so minority X can pass it is in reality racist. The powers that be are saying that X minority does not have the ability or smarts to pass this type of study so we will dumb it down. Talk about removing agency from a racial group, that's doing it.

You can break the law with your racial privilege now and the cops you disobeyed will be crucified. I agree that we need to reform policing but getting rid of it is insane. Especially when people are rioting over criminals who would not listen. Riots where people are hurt and murdered and millions in property damage takes place are considered "peaceful protests" but marching on the capitol, where the police open the gates to protesters is an insurrection??? What???

Government agencies are breaking the law left and right. Checks and balances are dead. SCOTUS won't check and balance anything because they fear losing their status quo to a packed court. There is no process being followed for anything now. State elections boards are not following state rules for elections. Any cheating in a past election is deemed "moot" by SCOTUS now, which means, you might as well cheat in every future election because by the time they see any evidence, it will be "moot." The President, governors, and mayors are using Executive Orders as mandates for everything and that isn't how they work. An EO only works for that level of government employees or on government property. Yet police and authorities are taking it as law. How dumb has this society gotten???

There is no logic, reason, or common sense in any of this. There is no cause and effect responsibility either. This is not America anymore. Freedom and liberty are missing from everything above. The people in this country seem to be ignorant of what they have now lost. We're living in the eternal broadcast of the dumbest episode of the Twilight Zone to ever to play out.