The Rise of Athletic Wear 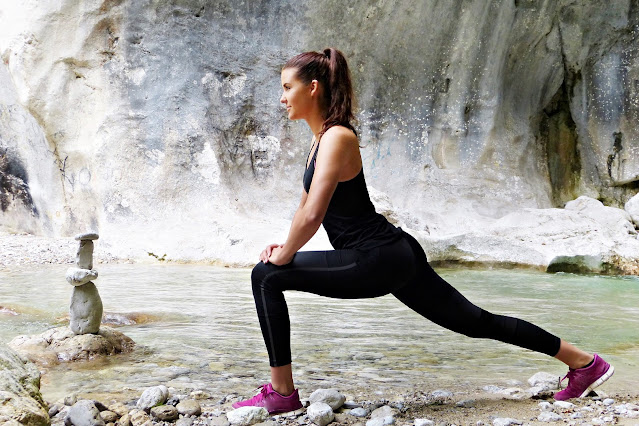 The athletic wear or activewear industry as of 2019 was a $181 Billion industry. By 2025 it is expected to be a $208 Billion industry. That means everyone is getting in on the trend. Meanwhile, the global denim industry was just under $69 Billion and it is speculated to grow to around $102 Billion by 2025. If the athletic wear trend holds, I’m not so sure denim will make it to that. The main reason that denim has seen a fall in market share is because everyone has gone athletic wear.

There was a time when athletic wear was for working out or playing sports. Now however, tights on women and basketball or running shorts or light sweats on men are the norm for a trip to the grocery store or even a day at the office in some cases. I’ve seen it overtake cargoes on the hiking trails too. Instead of hiking boots you get the tights and a stylish non-hiking shoe for women or the running shorts with a cross trainer shoe for men. Instead of wearing clothes to get through the brush you have the flimsy and easily torn materials that pull sweat from the skin.

It’s a strange trend but one that doesn’t appear to be just a fad. I remember waiting for my wife outside of a T.J. Maxx and noticing all of the women in tights. I decided to start a count while I waited. Other than my wife coming out, every single person in that half hour time span was in tights.

I sometimes wonder if the mass adoption of athletic wear was brought on by the “want” of doing exercise but instead people just settled for the “look” of it? Nothing says a completed workout when going to the bank like a good outfit to show that intention. Then maybe the comfort just overtook the “show” of it and it became the norm?

Fashion finds its victims and pulls them in like lemmings heading for a cliff. If one person sees another person wearing something for all day activity, then that person wants to do it too. They even make tights or leggings that look like jeans from afar. So just in case you can’t give up your attachment to jeans, you have a bridge to help you out. There is no book of appropriate clothing for any activity (and there shouldn’t be), but I do wonder if people 20 years from now will look back and think, “What were we thinking?”

While athletic wear has become the clothing for the cult of normalcy, those who still opt for the jeans or cargoes tend to be the edgy free thinkers of society. They have decided not to follow the masses into this 1970’s redux to the 2020’s version of a leisure wear lifestyle. They may be few and far between but then, free thinking individuals have always been as such. That’s why it is called a herd mentality when the followers are so easily influenced into a fad or a trend. They are a mimic of those who came before them. In this case, the people who started the athletic wear trend, have probably long since moved on because, that’s what trailblazers do. They break in something new to the cycle of society and when the masses pick it up, they move on. Who wants to be a follower? There’s nothing original about that.

Don’t get me wrong, I’m not saying people shouldn’t wear what they feel comfortable in. I’m just merely pointing out the current fashion trends and cycles as I see them. Who knows? Maybe the athletic wear trend will fall out of fashion tomorrow and then be back in fashion 50 years from now. It may look different and the fabrics may be different but that is the cycle of fashion.
Active Wear Athletic Wear Clothing Fashion Lifestyle