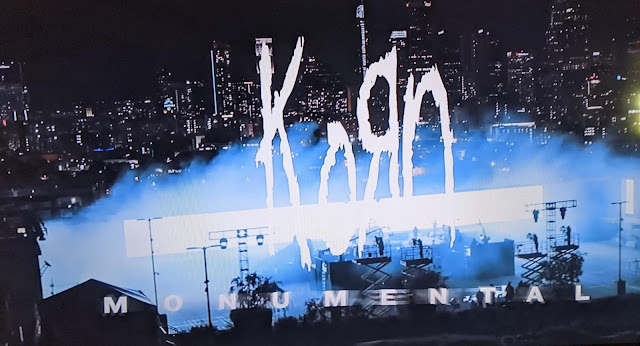 At just over an hour it was a very cool show. They played some deeper cuts from older albums that they don't always play mixed in with some new cuts from my current favorite album (ever since it came out) The Nothing.
It was recorded LIVE earlier this month in LA on the top of a building Stranger Things is using for filming or as some kind of event. You get that LA Bladerunner look in the background. They had a very cool stage with massive lights on both sides. 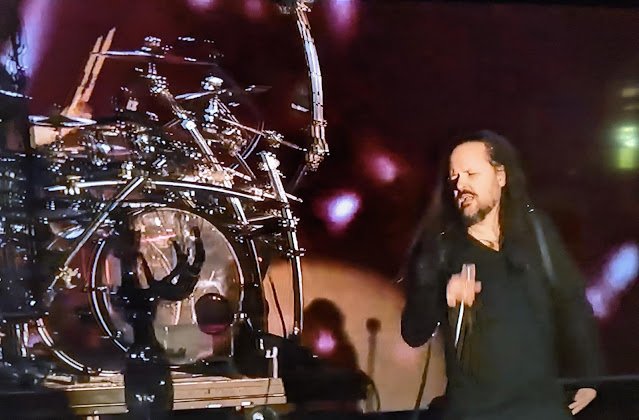 Without an audience, Jonathan Davis was singing with his eyes closed and putting his "all" into it. Some cool moments when the guitarists (Munky and Head) each headed around to the far sides of the stage. Fieldy was slapping his bass. Luzier had some good camera time on drums.

I hope they sell a version of this show (physical or streaming). The show that I had tickets to last year was canceled (due to you know what - 2020), I'll take this over nothing. I also bought a concert shirt from this which should be coming in the mail soon too.
Great show. Loved it!!!
The 17 Songs Performed for Monumental: 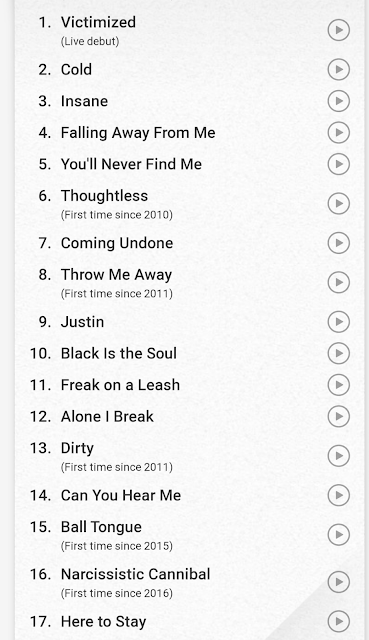