In Search of Fear, Tension, and Horror 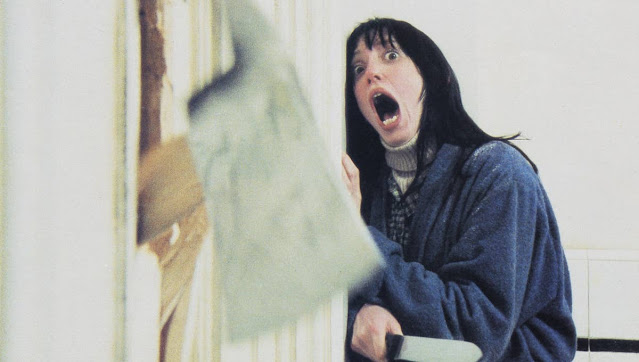 The movie version of The Shining scared the hell out of me as a kid. I had nightmares after seeing that movie. The freaky twins, elevators of blood, naked burned women, and Jack selling his soul. That was fear, tension, and horror right there!!! However, I rewatched it again in the late 90's (in my 20's) and I had a completely different take on it. It was no longer scary at all. In fact, when Wendy is whining to Jack on the stairs, I kind of just wanted Jack to end it there because damn... so much whining. She was reactionary throughout the last part of the movie and kept acting like there was a way to reason with Jack. How and why??? It was no longer believable.

Anyway... I've watched scary horror movies over the years but nothing ever comes off as scary. There's movies with tension and the thrown in jump scare here and there but nothing that will cause nightmares and terrify me. I watched both movie versions of IT recently. While I was entertained, they weren't really scary. This led me down the path of going back and re-reading some Clive Barker and reading some old stuff of his for the first time. I always liked Clive Barker over Stephen King. I love his prose and dialogue. It's almost like macabre poetry. It doesn't scare me but I'm really enjoying the genre right now. The same for movies. I went back and rewatched the first two Hellraiser movies, classics now. I've started to check out movies like those in The Conjuring Universe. Some good tension to be sure, and very entertaining, not really "scary" by the terms of a child hiding under the covers but still good. The less CGI there is and the more practical effects, the better. 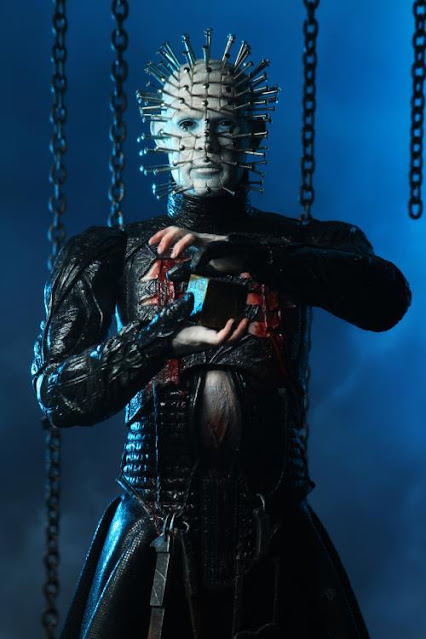 Maybe that is the way of things. I certainly do have a new appreciation for the horror genre now. There's a craft to telling a disturbing and dark tale that can make people think about things through being set on edge. I like that.

Not all audiences like that. In fact, some of my social media following on MeWe dropped off as contacts when I started posting reviews of certain movies or books. I'm not sure if it was the internal content in the books or movies or the promo posters and book covers. You can't please everyone. Several people I really enjoyed seeing posts from just vanished. I wish it wasn't along political lines but sadly, there are many people on the right that do not see any value in certain genres of entertainment. Even if you agree with them on 90% of everything else, if they see you posting even one thing that they disagree with, they will cut you loose. This is the state social media today. You are either all in or you can be jettisoned. This happens on both sides of the political spectrum. Apparently the horror genre is still a taboo no no for some on the right. I'm tired of politics dictating everything. If you believe differently than me... fine. If you still post interesting content among content I also disagree with... fine. Live and let live.

I guess in my journey to expand my horizons via other genres I'll end up losing some good folks along the way. Another aspect that seems to be the natural way of things.