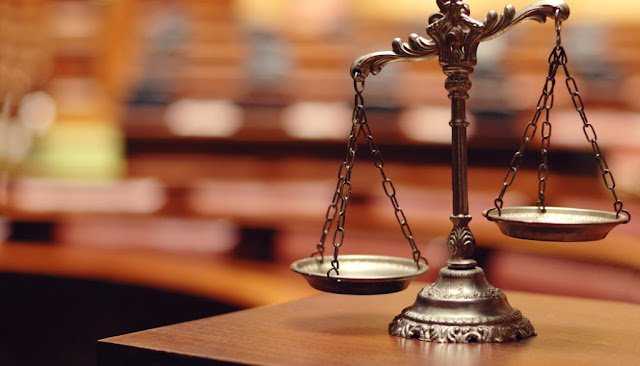 There was clear and verifiable proof of election fraud in the last election but no court would listen. Every court turned away the evidence before ever hearing it. The media and such then get to say that the courts turned every case away because there was no evidence, which is not true. Just because the courts turned the cases away before hearing the evidence, does not mean that the evidence is not there. The judicial system basically washed its hands of being a check and balance on fraud. Even SCOTUS called it "moot" after the election had taken place. SCOTUS of course is holding its hand because the left is threatening to pack the court. It's become self preservation over the Constitution for them. So from this point forward there is no way to remedy a fraudulent election after the fact.

Republicans are now getting excited for 2024 and saying it will be an epic turnover after all of the hideous Biden policies that are being implemented. How? If none of the voter irregularities have been fixed, then I expect the left to take more seats. People are pointing to California losing a seat due to the census results but that doesn't meaning anything. The left will just go after another seat in Georgia or Arizona where they have proven that they can fix the vote.

The Georgia voter law that everyone is senselessly boycotting doesn't even do anything. It's already watered down and has no effect on fraudulent mail-in balloting from people out of county, out of state, underage, or ineligible to vote. All of which equaled more than the 12,000 votes Trump needed to win the state in 2020. So just like in that election and the run-off election recounts, no fraudulent votes will be thrown out. If you recount fraudulent votes, the numbers will come out the same. This is the dumbest verification process ever.

If cheating is bad, and most people will say it is, then why are people on the left okay with it? We can actually have an audit and throw out fraudulent votes but winning is more important to them. Why are dead people and people who have moved allowed to stay on the voter rolls? We know they are used for fraudulent votes but if you try and remove them the left screams of voter suppression. They are not eligible to vote anymore anymore so how is it suppression? It's not. It's just the left fighting to maintain the way they cheat the vote. They want to keep that option open to them. The left voters are a-okay with turning a blind eye to cheating if their team wins.

In a moral and law abiding world, if there was evidence that your team was cheating, you would be pissed and not tolerate it. The Republicans didn't tolerate Nixon's antics, yet here we are. Anything to win the political race. We are not an enlightened people when we clearly allow this type of verifiable fraud to take place.

2024 will just be more of the same. Corruption, fraud, and cheating to win.