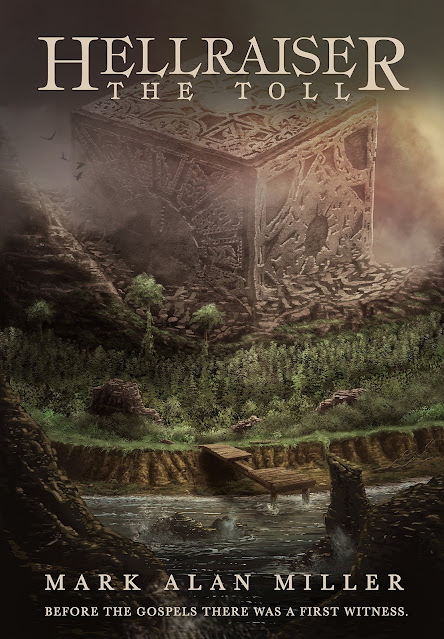 Hellraiser: The Toll is a short story to bridge the gap between Hellraiser (the movie plus The Hellbound Heart, the book) and The Scarlet Gospels by Clive Barker. I would suggest reading The Hellbound Heart first and then watching the first Hellraiser movie as the movie (written and direct by Clive Barker) becomes the official canon for the mythology over the book. Larry is in, Rory is out. Kirsty is Larry's daughter and not a family friend, etc...)

The Premise: Kirsty has been on the run and changing identities ever since she escape the Cenobites. However, a letter comes to her but addressed to previous identity. Someone knows about her movements. There is also a island that is a doorway into the Wastes where the Cenobites roam and you don't have to use the box to get in. Will Kirsty confront The Cold Man (Pinhead) again?

The short story moves at a clip. You still get some good prose, though not quite on par with Clive Barker's wordsmithing, it's still very vivid and descriptive. It was a good way to clarify that the movie should be looked at as official canon. That way the reader can keep the continuity in place. I'm still not sure Hellraiser 2: Hellbound is official cannon for Barker or not? I'd like it to be but it doesn't seem like it is.

If you are reading this as a series to get the full story from Barker then I think this is a must have to set up The Scarlet Gospels. It opens the world up a bit more and let's the reader know that there are dangerous and magical elements at play. So is the Hellraiser series horror or Urban Fantasy? Or maybe both?