Answer: Cancel Culture. Question: What is the new term for a Boycott? 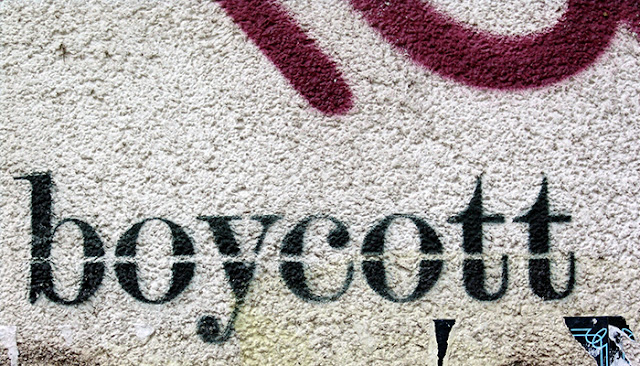 I opened my stream this morning to the calls for a boycott against Coke and McDonald's. Then it hit me like a southpaw punch by Mike Tyson. Cancel Culture is almost the same as Boycotting something. It's much more devout because the left follows their social religion in a far stricter way than a boycott but at the core, it is the same thing. A group of people mad at another company, group of people, or individual, and they are organizing the masses against them.

The other difference is that the left has the support of the establishment (Government, Education system, Judicial system, Hollywood, Big Tech, Big Pharma, the Green Movement, etc...). The left is actually the default establishment in this country. So when the left yells to resist and fight back, you can only translate that as "obliterate the rebel scum." The left are by no means the "underdog" that they like to portray themselves as. That's just their natural culture of taking on the persona of being a victim. I digress...

The point is, in a lot of ways the Right taught the Left how to organize a boycott and the Left took that knowledge, used social media and technology to build upon it, and the beast was awakened (or is that just Woke?). Point being... In an arms race, does either side just give in willingly? No. That's what the Cancel Culture vs Boycott thing is looking like to me. An arms race to see who can be the most intolerant of the other. At the center of it all is the media who are maybe only ever telling 10% of the truth on either side of the political line. Yet the Right and Left believe their respective sides to a fault. 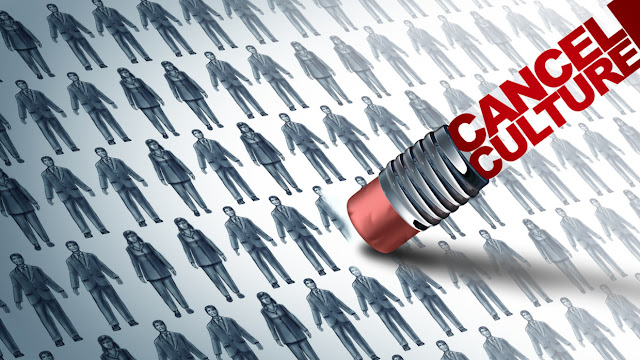 The media WANTS this fight to continue. Why? So they can continue to report on it, and get eyes on their advertising. So they can make more money. It doesn't matter if what they report is true, it only matters that their advertisers are happy and getting eyes on their wares. Why did Tabloids do so well at the check out? Or why did TMZ eclipse Entertainment Tonight? Because the headlines got to be more sensational and the eyes of the people rubbernecked the car crash like it was the only game in town. Humans LOVE gossip and drama even when a fair amount say they don't. The media knows this. Cancel Culture and Boycotting is another way to push the ever growing divide. The media from both sides highlight it, throw out their opinions (the acceptable narrative), and the willing constituents form up on the sideline for their team, and then go to work. The next thing you see is the snowball of intolerance growing and being rolled down the field in the hope that more people are activated and their anger can be harnessed and used for the initiative.

The thing is... Boycotts (for the Right) haven't had any real impact since the end of the Tea Party. In fact, the Tea Party was so apt to boycott just about anything in the latter days, that the "Establishment" in a lot of ways, just circled their wagons. Remember Target? Target got sick of the boycotts and now they sometimes lead the pack in progressive policy changes. They're not sweating any money lost from it either. Now you see the push back wrought from the Tea Party boycotting tactic from so long ago. Boycotting businesses because they didn't hold the political line is nothing new. The businesses now have the support of other businesses and the Establishment to repel any grassroots effort with no real backing. Coke and McDonald's are not worried about this at all. By next week, it will be someone else in the line of fire and the news cycle will move along their willing participants to keep the advertisers happy. Coke and McDonald's will be making money on the ads served up to you at the same time.

***To be absolutely, perfectly clear here... I'm pretty much against organized boycotting or organized canceling of any kind. If someone is doing something I don't like, I can take my money, my attention, and my interest elsewhere. I don't feel the need to organize the posse and bring everyone else with me.

Apparently the threatened boycott of Coke has worked and the racist course "How to be less white" is being removed from the Coke training material. So... I was wrong on this one, the boycott did work. Score 1 for a good endeavor to get something vile removed.