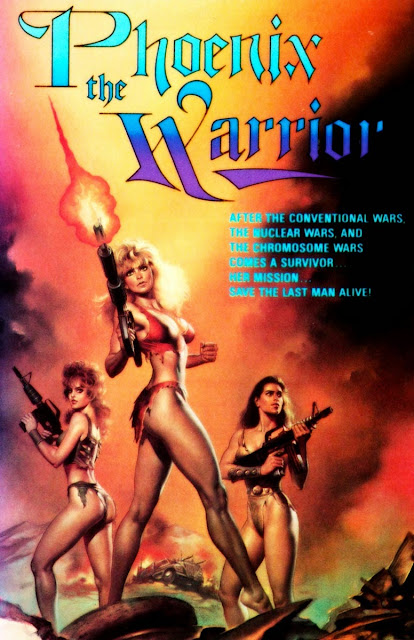 Phoenix The Warrior could possibly take place in the same post apocalyptic landscape as Hell Comes to Frogtown. Why? We have the women as the dominate species. The men are few and far between. If a man is found, he is imprisoned in the Sperm Banks so that the woman can reproduce. The goal is to reproduce a male offspring which doesn't seem to happen very often.

Phoenix is a warrior and she saves a woman who is pregnant from a town of women who are after her. Then the timeline skips ahead with no warning and the a baby boy is born. Then it skips ahead another 5 years or so and the boy is older. The women from that town, led by Cobalt (Persis Khambatta - Lieutenant Ilia from Star Trek the Motion Picture 1979) under the orders of the Reverend Mother, pick up the trail and go after the boy. Something about the Reverend Mother's breeding plan... or something... The editing is hard to follow.

Fighting ensues with female gladiatorial games, Stygian witches or maybe just wasteland females that no longer look good, and the battle to stop the Reverend Mother from enacting her ultimate plan. The last 30 minutes are better than first hour or so. 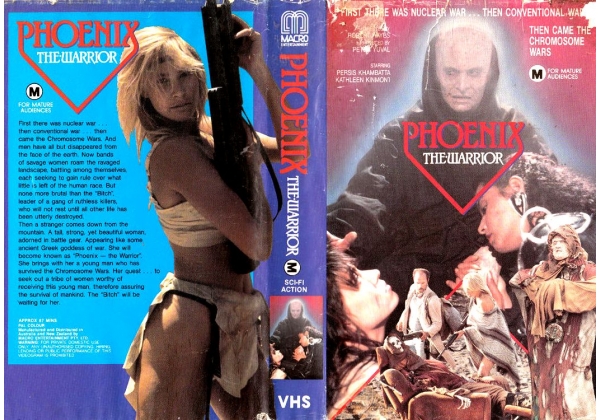 This has got your standard 80's T 'n A (under a waterfall no less), teased hair (thank god for post apocalyptic style), and some truly cringe worthy acting. But is it the acting or the script? I'm more inclined to say that the script and the dialogue is the reason the acting is so cringe worthy. Persis Khambatta was a pretty good actress and this movie did not do her any justice.

I probably wouldn't recommend wasting any time on this one. If the editing was a bit better, it could have probably saved its B movie status but the editing is what really does it in.