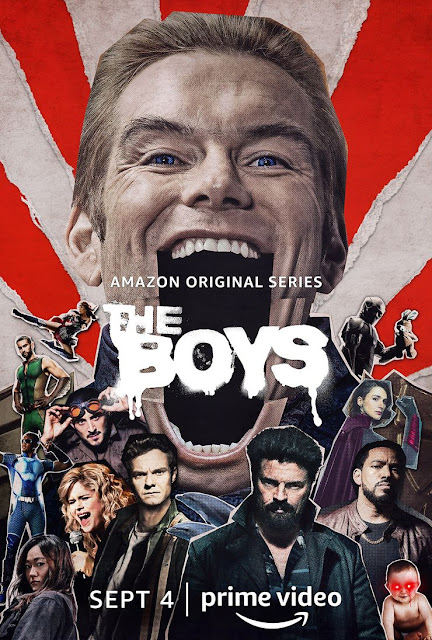 The Boys S2 is a modern day woke SJW issues with superheroes chore to watch. The Supes are cast as overt right wing & linked to Nazis (of course, even when that link is only something those lacking nuance and an IQ would make). Meanwhile the heroes "resisting" are just as unlikable.

Gross things happen just for the "gross value" to be put on screen. The producers call it "shocking" but really it's just gross and disgusting. Some of those scenes just keep going on and on.

The writing was weak. Foreshadowing was used 10 minutes before an easy to see outcome happened. There was something about how the dialogue was written too. It was always this condescending snark from every character. Certain phrases were used over and over by every character too like "I get it..." So... I get it... I'm not a fan of whoever wrote the dialogue.

At the same time, I can kind of see why the episodes were split up in one per week after the initial three dropped. After those initial three it feels like not much at all happens. You get maybe 2 fights including the season finale. It's a lot of extended dialogue from characters I didn't like, who didn't like themselves, who had nothing interesting to offer the viewer. EVERY character (maybe I would let Kimoko off on this one but the rest...nope) is just a whiny self hating, hates the world, expenditure of depression. It's a chore to watch this while also being a car wreak you are rubber necking to see.
Season 3 was greenlit before S2 aired but I don't know. I'll see how I feel about it when it comes out. As of right now, I kind of don't want go back into this depressing world of shadowed woke activism.