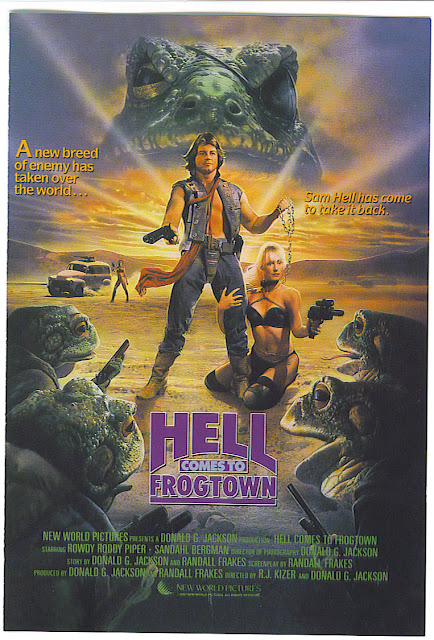 There is a moment toward the end of Hell Comes to Frogtown where I realized that Mad Max Fury Road picked up many of its story queues from this movie. I know, this movie is 80's dystopian humor schlock but in reality, it had a more fleshed out story than Fury Road. Let me just duck and run for cover now.

Roddy Piper played Sam Hell, a man with...uh... potent sperm. Medtech needs him to impregnate fertile women so the population can be replenished after the great war. Sandahl Bergman (from Conan the Barbarian) is tasked with taking Hell to Frogtown (mutants after the nuclear wars looked like frogs) and saving a group of fertile women in the clutches of the frog leader. Cec Verrell is the original Tomb Raider-like bad ass that is charged with protecting them both. 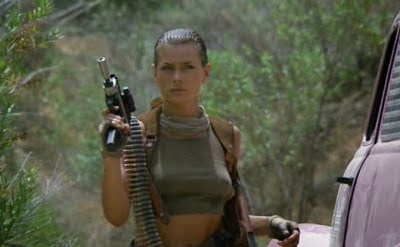 Right about now, you're saying, "This sounds nothing like Fury Road." Except that Hell is Mad Max, the loner that just wants to travel. He get's pulled into a plot to be used by another group and ends up having to be the hero to save the day. Verrell and Bergman are Furosia. Then you have the group of girls he has to save. You have the race in the car away from Frogtown while Frogs in vehicles follow trying to blow them up. That all gives you a diagram of story queues for Fury Road. 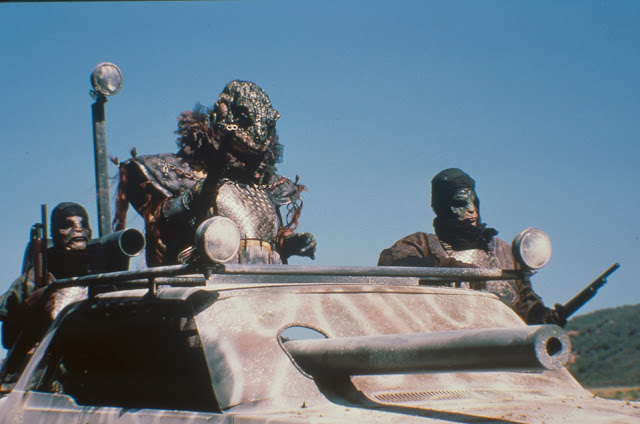 Effects were all practical. Some would say cheesy but still... at least they weren't CGI. They had the weight of reality to them. Costumes fit in with the 80's T n' A of the time. Sandahl Bergman doesn't need lots of clothing to prove she's a bad ass fighter here too. 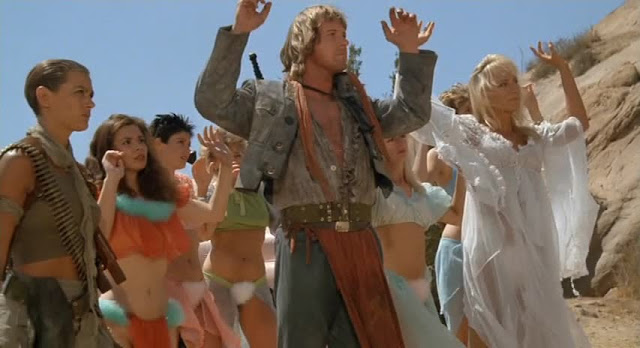 The movie is pure 80's fun. Something specifically like this wouldn't be made today and if it was, it would be put together using massive amounts of CGI and flash (Fury Road). This movie actually looks like the end of the world dystopia. The good thing... if you have a high sperm count and can be a hero, then you are set for life!!!