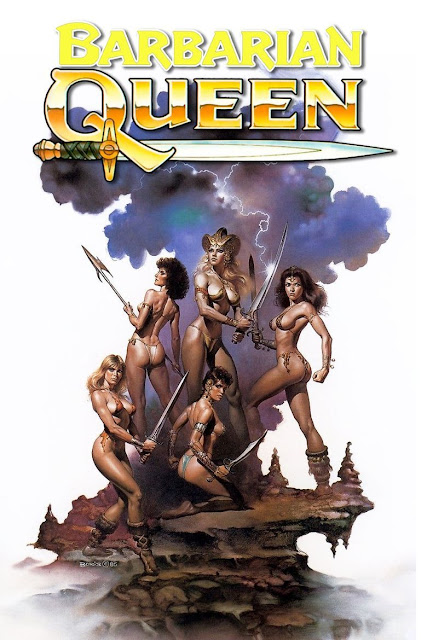 Barbarian Queen may have your standard 80's B movie sword and sandals T 'n A cliches but it's also got a pretty good story, decent acting, and Lana Clarkson playing the lead Amethea, who looks good using a sword. The sword fights in this have some pretty damn good choreography and Clarkson always looks like she is taking the fighting seriously too. I'm impressed. It looks better than some of the Disney fan fiction Star Wars lightsaber fights, I'll give it that. 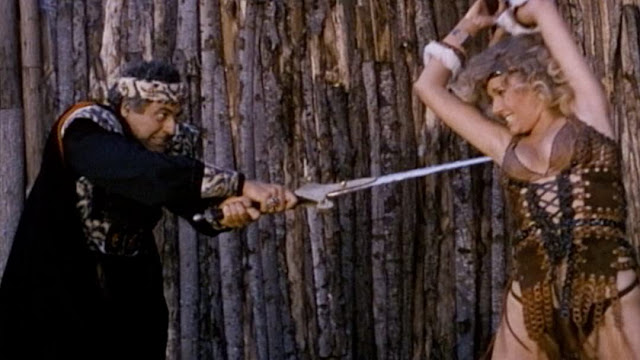 To start out we have Amethea's sister get raped and taken by the tyrant's army that is heading for the village. The village is preparing for Amethea's wedding day but it gets sacked with ease. This leaves Amathea and 2 other barbarian women to declare revenge. When they retrieve the sister who was taken, Amthea declares, "I'll be no man's slave and no man's whore. And if I can't kill them, by the Gods they'll know I tried." That was pretty cool!!! Who said there wasn't "girl power" in the 80's??? 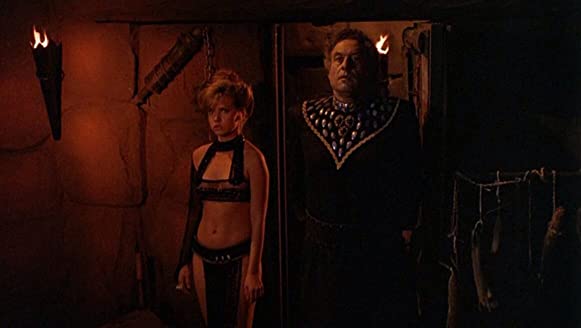 The Barbarian Sisterhood heads to the tyrants city where they must free the villagers, save Amethea's lover, and take down the tyrant. There's some cringe inducing torture moments that otherwise don't fit the atmosphere of the flick but all in all, this was a pretty good barbarian flick and I enjoyed it quite a bit.

All of the effects are practical of course and again, the acting was pretty good. There's some over dubs in the beginning that had me worried but once you get into the flick it's not an issue. If you like 80's sword movies then is one to definitely check out. I saw that there is a sequel so I'll have to try and track that one down.