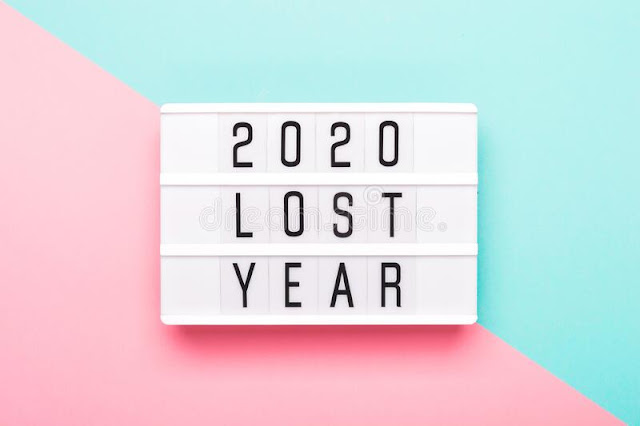 I feel like 2020 will be a lost year. That's not to say a lot of good stuff didn't happen but the year as a whole has just been a test in stress management. From Covid19 illegal lock downs to being told over and over that this is the "new normal" when it most definitely is not. Then there were brilliant opportunities that happened to start the year but started to go off the rail by the end of the year. The entire year was completely off the rail.

Massive parts of my writing hit an upswing while dealing with one subjective nightmare on a downswing. Let me tell you, if you have one person that subjectively mocks everything you do, you get less sure about yourself. Luckily... plenty of other people liked and enjoyed my writing. I even got picked up on an inside Medium publication called "An Idea." You can have 100 people like what you do but then there is always that one, that subjectively hates it, criticizes it, and thinks they know better. Whatever... I don't have time for those people who offer hellbent negative criticism and subjective nonsense.

So many great restaurants around this area have closed forever. It seems every week we head out to a spot we like and it's gone. Paper in the windows, chairs stacked in empty dining rooms, and a "Permanently Closed" sign on the window. We're long past holding down the curve but people were fear mongered to a point where even now, they will not go out. Wearing masks out and about is so dumb. The science doesn't support it. Particle science (HERE) proves masks are not going to do anything but here we are. A society where common sense and science are ignored by all. Why not? The right ignores climate science and the left ignores biological science so why not have both sides get together and ignore viral science? "Society Health" trumps real science these days, unless you are an activist who breaks things.

We had plenty of that too. Even when the numbers, charts, and FACTS point to there not being any systemic racism in this society or in the police force, it has been uttered over and over so many times that the mythology and the lie of it has replaced the cold hard facts. We've suffered through over 100 days of riots and looting in various parts of the country. Innocent people hurt and killed over criminals made martyrs. If you bring any of this stuff up that I just wrote, then you will be called a racist by a mob that doesn't even use the word correctly in their overuse of it. 2020 has sent society off the rails and common sense, nuance, and logic mean nothing now.

There's this disconnect now with the rest of the world. I'm closer than ever with my wife but I feel the entire outside world has become some sort of enemy. Everyone is a critic of everything. Everyone is an overly offended time bomb just begging to have a reason to go off. The first thing they do is go to their phones to film their anger and then post it up on Twitter, Instagram, Facebook, or wherever. They go viral and someone gets hurt by it while they feel validated for being the cancel culture superhero they believe themselves to be. It's all so disgusting.

In 2020, sticks and stones may break your bones but words are now considered a weapon of mass destruction and war. No one can be allowed to disagree. No one can shake hands and respect another person's opinion. Instead, any difference of opinion must be stamped out. The person whose opinion is different from the group must be canceled, they must be fired, they must be shamed in the public on social media. They must be driven to commit suicide so they're very presence no longer offends these groups of hateful, spiteful, virtuous heroes. It's always a pathetic group "representing" their activist bullshit that has an issue with the opinion or the life of someone else, usually an individual. So the group becomes a gang, a mob, and ends that other persons ability to make a living or to even appear in public. Thanks social media... cancel culture is all on you. 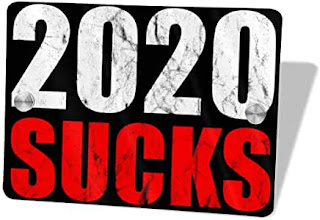 I think 2020 has pushed the hive mind of society to go insane. The general public is now a bunch of easily offended sniveling fools who amass power by joining together in their pathetic groups of mob mentality and rage. They have no individual identity outside of their represented group because they have defined their very existence by that group. They eat, drink, and sleep that group's issues. A raging mob of activist zombies infecting anyone who dares to disagree with them. Those who disagree, generally just want to be left alone. They aren't hurting the mob. They simply don't care. But the mob will make them care. Force them to accept. Demand the attention. It's gotten so ridiculous.

I'm tired. So tired of pushing logic to the illogical. Tired of 2020 and afraid 2021 will be more of the same. The insane have taken over the asylum and I don't think they will stop acting crazy, even after they have devoured the drugs on hand. All we can do is ride it out. Hope for the best.