Cultural Appropriation is a myth. It's a term created by racist people who think that other cultures adopting the fashion or rituals of a culture is offensive to them. Talk about being racist, bigoted, and divisive... the people who throw around the tag of cultural appropriation are all of those to a T. They are the very ones that actively try and divide people up into segregated groups.

Let's go back to the Ghost in the Shell movie. In Japan, the majority of comments on it were good. They liked the movie. The majority even liked the casting of Scarlett Johansson as Major Motoko Kusanagi. The people who had an issue... Americans who decided to find offense for Japanese people who found no offense. Think about that. We have divisive people that tried (and did in the US) torpedo the movie because they decided skin color was an issue. Yet the bulk of the reviews in Japan found no issue with it because they are not obsessed with the divisiveness of identity politics.

Here's a video of the YouTuber who went searching for what Japanese people thought of the movie: What Japanese Reviewers think of Ghost in the Shell (2017)

As a side note: If Scarlett Johansson had not played the Major and pushed for the movie to be made, it would not have been made. The producers would have walked without her in the role. So I for one am happy to have another form of GitS to enjoy!!! 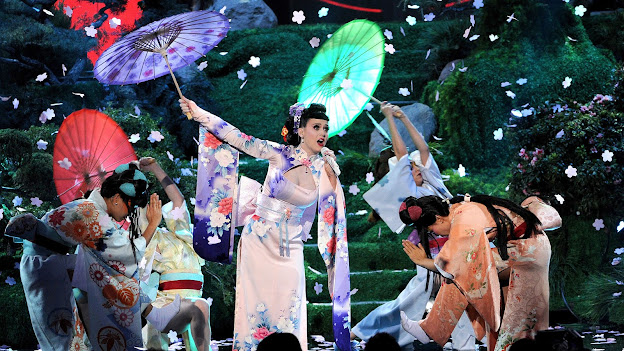 This YouTuber also has another video where he asks Japanese people what they think of a Katy Perry performance where she was wearing a kimono and the performance had a Japanese theme. In America, you had the divisive ones coming out and throwing around cultural appropriation and cultural insensitivity. Yet for the Japanese people, they liked that foreigners were picking up and learning and interested in Japanese culture. It was a good thing.

Here's the video of the YouTuber who asked the Japanese people what they thought of the Katy Perry performance: Can Foreigners Wear Kimono? (Japanese Opinion Interview)

The funny thing is that virtue signalling white Americans and American- (insert culture here), who were born in America, tend to be the divisive ones when it comes to this stuff. It's like they lost their own culture and need to represent (stupid term) or reclaim it for their people. Guess what... you are American. We're all a melting pot of cultures. The white virtue signalers should probably let the other cultures decide if they are actually pissed off or if they even need your leftist heroism to fight a fight they don't believe is actually a fight. Stop the fake virtue signalling already.

With BLM riots, looting, and demonstrations, you see the cultural appropriation term being hurled around a lot. It's beyond stupid though. Even the term "African-American" is lame to those who are from Africa. Do Africans refer to themselves as African routinely? No. They refer to themselves as being from whatever country in Africa they are from. Africa is NOT one big country, though with the American education system being what it is, you have a lot of people who probably think it is. The identity complex that Egyptians must feel is incalculable!!!

So in a nutshell... Stop being divisive, racist, bigots and let people enjoy the cultures that they find interesting. You do NOT own a culture. It's how people learn and melt together.