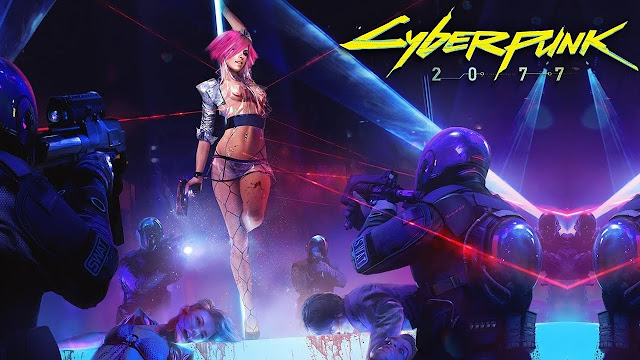 Cyberpunk 2077 is unique in that it is a long time in the making and will ship completed. If there are any updates, they will be free. In a world with half-assed games and half-assed software that ships half-assed experiences, Cyberpunk 2077 is a love letter to the consumer.
Software like this is few and far between. Clip Studio Paint is another one that you only have to buy once and you can keep getting updates and continue to move your licenses to any computer you own. It's not this half-assed Photoshop expensive software that you have to pay an arm and a leg monthly for. Clip Studio Paint has been made for creating comics, manga, and art specifically. So all of you artists out there that create this stuff, why in the world would you use Photoshop, which isn't created specifically for this stuff? Why would you pay an outrageous monthly sub for it?
This post goes back/relates to my post titled: Augmentation and Upgrades
I wrote about how the constant update and agile structure being used today will make augmentation and cybernetics too expensive and too much trouble to bother with. Who wants to replace their cyber eye every 2 years when the security updates end? Sadly, the internet has been a great a thing (instant media) and a horrible thing (social media and half-assery). Companies know they can just milk the consumers by doling out incomplete experiences and then selling them an update or new version later. Gaming has seen this time and time again with experiences that ship broken to meet a deadline and then are updated after the fact. A good gaming company, like Hello Games, who took a really bad half-assed experience like No Man's Sky and stuck with it to create an amazing game play universe are not the norm. The norm would see the game studio pull up anchor and sail away.
Case in point, EA/Bioware with Mass Effect Andromeda. When that game shipped bug ridden and incomplete, the reviews ravaged it (just like they did with No Man's Sky) and EA/Bioware ended up canceling future download missions while only making minor tweaks (totally unlike No Man's Sky). The result, the Mass Effect universe was shelved. It wasn't because players disliked the universe though. It was 100% because the game shipped incomplete to meet a suit and tie deadline and then EA/Bioware refused to fix what was broken.
The "cloud" has literally allowed this half-assery to thrive. The only real defense against it is to not buy into it. Support complete software and experiences. These tech companies won't change until the money stops flowing into them. So hurt them in the only place they can be hurt, their balance sheets. Otherwise... The license, subscription, lease from the cloud is the only future we will be left with.
Gaming SaaS Software Software Cycle