Ghost in the Shell: Global Neural Network (Review) - This is why American Comic Writers FAIL 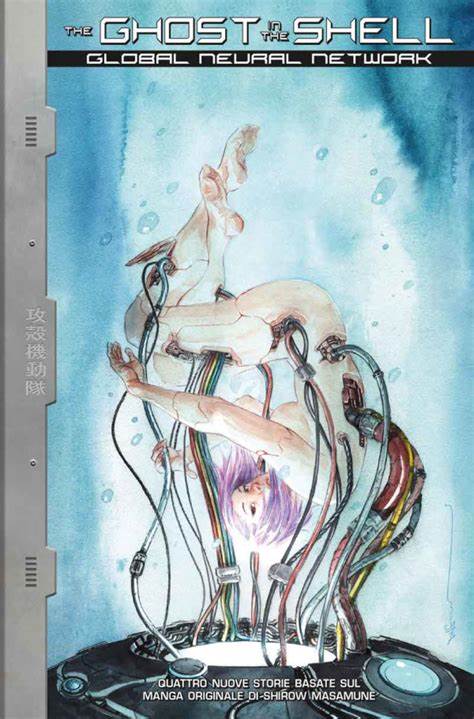 I've been a huge fan of (The) Ghost in the Shell since the original manga and anime came out. I've been with it and enjoyed it through its meaning iterations. Through the SAC series, the various movies, the shaky Borders series, and the new Netflix series (renewed for S2!!!). I've collected the various manga of it and enjoyed them immensely. This particular "comic book" though... It's a bit of a hardcore cringe.

The reason this little anthology makes me cringe is because it illustrates why the fans are leaving America comics and going to manga. To be specific... American comic writers are obsessed with identity politics, hating America, and activism while manga writers put story first and craft an enjoyable read where you are not preached and lectured to. Ghost in the Shell: Global Neural Network is written by Americans with art by Americans and the cringe is strong in this.

The first story in this anthology is by far the strongest one. It felt like a good homage to GitS. Tread a bit further in and it starts to fall apart though. Instead of the excellent ways that the manga has dealt with different genders (via ones ghost or soul) within different cyber bodies, the American writers sort of smother you in it just to be sure you get their meaning because they think you are too dumb to grasp it and their story really needs you to understand this. Something that can be said in one panel takes two  pages because activist mode kicks in. Then you have the American Empire. While that is a thing elsewhere in GitS, here it is done in such a way, even via one story that has nothing to do with GitS characters, to really make you see America as a wasteland of rednecks, hicks, and low IQ backwater types. That is not the way the American Empire is portrayed, in passing, via the manga or anime. The American writers though, they will make sure that you the reader is aware of how much they hate this country.

Another issue I had was where one artist kept drawing the different versions of Motoko Kusanagi and then pointed out the current version being used vs the the most well known version... WHY???? It offered nothing to the story at all. It's like the writer and artist got together and said, "Let's make sure readers know that the character has looked different through various media and then overtly explain that within the story because a reader is dumb and will absolutely not know this." Look... if someone is buying this particular book, then they probably have a pretty good idea of the GitS iterations. If this is their first introduction to GitS... I'm so sorry. Please try anything else, even the LIVE action movie to wet your appetite.

There are also several times where members of the Major's squad keep calling her Kusanagi. What? No. They call her Major. Even while not on duty they call and refer to her as Major. It borders on being an insult the way some of these stories were written. It's as if the American writers never read the original manga.

We're currently seeing manga grow and take market share in America while American comics see fewer and fewer readers. Parent companies of both DC and Marvel may even end them as comic book publishers because neither company is making any money and both are being subsidized by their movie and TV offerings. The main reason for this is because American readers want good stories that are not lecturing to them by activist writers who spend all day on Twitter insulting the fan base. They also want a book (most manga is black and white and close to 100 pages) for $10 over an American comic that is 24 -32 pages, often times with limited dialogue or text, and for $3.99 - $4.99 with some even recently hitting $7.99. If American comics are lacking in story to push activism and are limited to small page counts with high prices, then why would American readers keep buying them? American readers are not dumb like the American comic books writers take them to be.

Global Neural Network is one you can skip and just go with the original manga or SAC series. GitS is awesome to get into but this one is not a good interpretation of it.