September 03, 2020
I'm currently reading a book in the Cyberpunk genre that is annoying me. It's annoying because it checks the Cyberpunk trope boxes like Ready Player One does for nostalgia callbacks every other sentence. This book seems to be taking the dynamics done in other books and just plastering them all into this authors universe. The problem is, it's no longer true speculative fiction and it isn't doing a service to these other technologies that have been written about far better by previous authors, who are the masters of this genre. 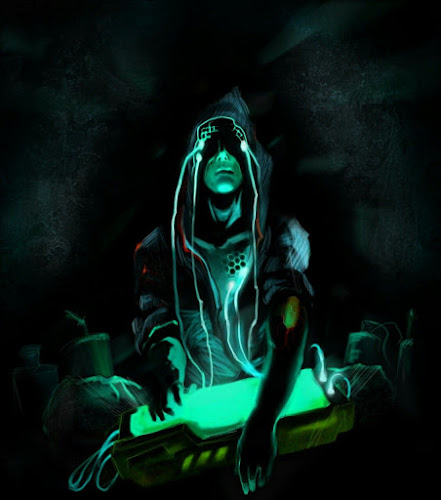 It hits the Neruomancer tech right out of the gate. A different name is given to the console cowboy but they do the same things. They go into the machines, crack corporate systems, and steal data. This trope alone has been done to death since Neruomancer, Snow Crash, Ghost in the Shell, and even The Matrix played with it. Why continue to use it? Especially when the second coming of VR failed like the first. Yes VR lovers, it failed. It did NOT catch on with the general public and it is a marginalized technology. That's counted as a failure.
The book throws in Augmented Reality with ads (in a very similar way to an article I wrote around the time of Google Glass). Think locative art (William Gibson's Blue Ant trilogy) with ad placement via GPS seen through augmented reality glasses. Yep, it's here. Check, check, and check!!!
I haven't decided if I will finish this book let alone pick up the next several in the series. It's all so uninspired. Cyberpunk and speculative fiction should push the boundaries, instead current authors of it have rarely done that. They prefer to stick to tropes that are over used and played out. You won't be the next William Gibson or Neal Stephenson by regurgitating stuff that has already been done better.

I'm on my second rewrite of my Cyberpunk book. However my first attempt was nearly done when I shelved it for this new attempt. The reason, I felt like I had used too many tropes that have already been played with. I didn't want to use cyberspace or VR because it most likely will never be a popular thing, and it will never be a way to "hack a system." So back to the drawing board I went. I came up with an idea that I feel has not been seen before and also pushes Cyberpunk forward.
It's easy to fall back on tech that has been shown over and over in a genre but it's much harder to analyze and read how current tech turns into new tech tomorrow. Writers need to speculate (take the chances) on what will be, instead of maintaining technology ideas that were once speculated but no longer in the cards.
Books Cyberpunk Tropes Writing