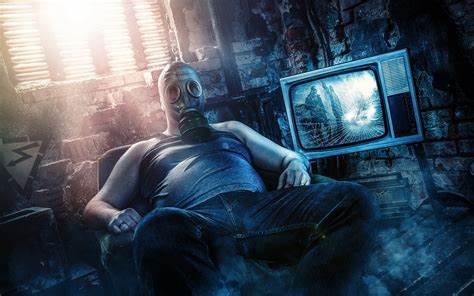 TV studios are going to be taking the axe to a lot of the new shows announced for the upcoming seasons. At the same time, movie studios will see that some of the movies they are green lighting, will never make the money they are hoping for. The reason? TV and movie studios are listening to the echo chambers of Twitter and social media. They are doing "course corrections" based on minority opinions of a very vocal group of people whining for representation they already have. There won't be enough new viewers to care about these new shows.

Based on the population size and make up, both black and LGBT people are already represented in TV and movies. New studies done recently (you can Google these) show that the LGBT community is now over represented in the media (TV, movies, books, comics, video games). Yet with the outrage taking place in society today, brought on by these insane and divisive woke SJW activists, the Marxist BLM, and even the quite literally fascist ANTIFA, studios are making rash decisions that will lead to major media failures. A glut of over representation is coming down the pike.

To be clear, there is no systemic racism in the population, let alone in the police forces of this nation. That's a made up term used to silence any debate. People who call others racist or "phobe" are generally the biggest racists, phobes, and bigots out there. They eat, drink, and sleep identity politics. They look for victim-hood in everything. They have decided that all white people are racist by their made up terms and now whine about it. The fact is, the majority of people are white in the US and they are not on social media. That majority will inevitably cross over and watch multi-cultured shows and that is a good thing. Also a fact though, is that when a dirge of shows hits, you won't see the majority tuning in. Especially when many will be making jokes at their expense and trying to preach and lecture to them. The numbers won't be there for those shows. The advertising will dry up. They will be canceled. The studios and the woke will blame the "racists" out there, when the fact is that people want good stories, good shows, and authentic entertainment. Not fake entertainment created for the purpose of being a vehicle for activism.

You'll see the same thing happen to a onslaught of movies that are being pushed under the heading "diverse." They just won't have an audience and studios will end up losing money and then blaming the "racists" who are not even there. Both the movie and TV studios are trying to market and force feed new content that a majority of people will not be interested in.

As an example: It's kind of like how Disney has taken Star Wars in a woke direction and only markets to girls. What happened? The boys, who are the core market share, did not go out and buy the toys. So not only did the new movie sequels fail but the goal of selling billions in toys failed too. While there are girls interested in Star Wars, the majority are not. It's still a genre that is predominantly male. That's just how the interests between boys and girls naturally play out. It is not something you "fix." Just like with the shows and movies out there, they don't need to be "fixed". They need good stories and writing that come first.  Instead we get something like Star Trek Discovery (STD), where the show producers and show runners have stated that Star Trek is now an activist first platform and a story telling vehicle second. This was said at the Comic-Con panel. Star Trek has given up on entertainment so it can push activist goals that the majority doesn't care about, think about, or even want to be bothered with. STD is ending after S3 (it got a late S4 renewal to push binary characters) and I would suspect Picard will be joining it. The activism does not sell and viewers are tired of being lectured to and talked down to.

I wouldn't get to invested in these new shows being announced and green lit. You may only get one season (maybe less by the sound of some of these ideas). Hollywood needs to wake up, ignore the "woke", and get back to crafting good stories first. Hollywood needs to find writers interested in telling good tales instead of those that are just there to push a political agenda or activist angle.

As a side note to this, In the news lately you have had both John Boyega (Disney Star Wars), Ray Fisher (Cyborg in Justice League), and even Gabrielle Union (Some talent show) coming out and stating that they were wronged by the movies/shows they were respectively on. In the case of Boyega, while he does have a valid claim with the Chinese poster incident, his many gripes seem baseless. He literally had the same amount, if not more time on screen than Oscar Isaac. The fact is, the Disney Star Wars sequels were just written badly and when it comes down to it, they are what they are. For Fisher, he may have a valid gripe against Joss Whedon (the mans not a very good fellow), but he hasn't been very forthcoming to the investigators looking into this issue. Meanwhile Union has made claims but there hasn't been much support for them.

The end result will be productions really fearful of casting black actors who may find offense (lets face it, people are easily offended these days for anything) and then publicly drop race cards when the "offense" was just petty. Instead of this hurting the hiring of black actors in the near term (read the above as to why) it will drive other cast and crew members away. In the long term, when all of this airs out and ratings and money dry up, it will make productions more hesitant to hire black actors. What we're seeing in Hollywood is not the myth of "systemic racism" playing out but divas with massive egos and a card in the back pocket to slap down when they don't get their way. Privilege indeed.