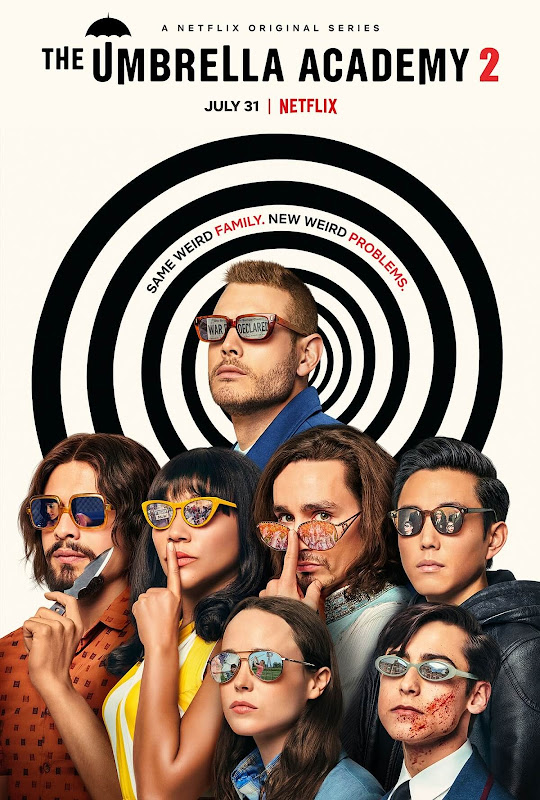 Season 2 of Umbrella Academy was only okay... Definitely not as good as season 1. Going back to the 60's and having pretty much everything happen in the past was not what I had in mind. I was hoping that there would be some sort of story line to avert the original apocalypse caused by Vanya instead of bringing it back to the past with them. Alas... it is what it is. Oh... and it goes Woke so the tired intersectionalist identity politics are sadly weighing it all down.

Klaus, Five, and Ben are still the standout characters. Vanya is just lame, I'm so sick of her character (more on that later). She's a horrible person from every aspect. Diego's too much about his mission. We're talking time travel so preventing JFK's death would be pretty stupid for anyone wanting to keep things in line. Allison gets tied up in a civil rights story line because it's 2020 in the real world so of course she does. Luther is just sort of there. He plays the unintended humor that everyone can bounce easy to see jokes and plot lines off of. He's the white male fool for the racism of today.

It takes 8 episodes before Diego is able to find out why the apocalypse is going to happen again, and this is only because the story allows it via him getting into the Time Commission (or whatever their name is). Of course in the previous episode we see how worthless he and Vanya truly are. So damn annoying. Fate of the world or your petty need to do a task??? Really??? 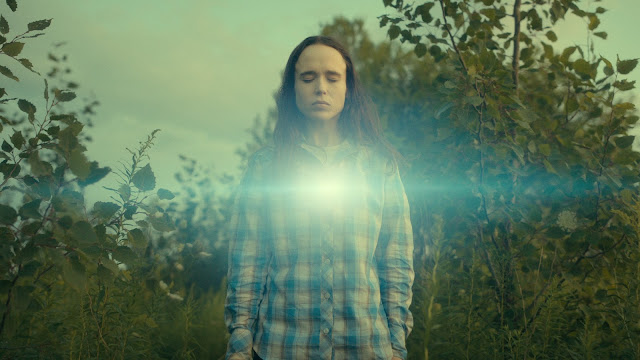 Speaking of Vanya... Ugh... Ellen Page is a lesbian in real life. Vanya in the last season had a boyfriend (he was a serial killer but still... he was male). All of sudden, Vanya is taking a taste for women now. Yes, Ellen Page's real life has been super imposed over that of the character. Why can't Ellen Page continue to play a straight woman? Why does this change need to be added? HINT: In interviews she said she is happy that she can play herself now... WOW... ACTING... NOT!!! It's this woke SJW crap that needlessly changes stories just because it's the identity politics of the day. If she had started out gay, then fine, but she didn't. To make matters worse, she's also a home wrecker. She goes after the wife of the family that took her amnesic ass in when she came back to the 60's. While it's not the best marriage, she is still in the wrong for being conniving and persuasive in trying to get the wife and child to come away with her. I despise the character of Vanya. I'm not a fan of watching wooden acting from Ellen Page in her boy clothing either. She just comes off as drab and boring. 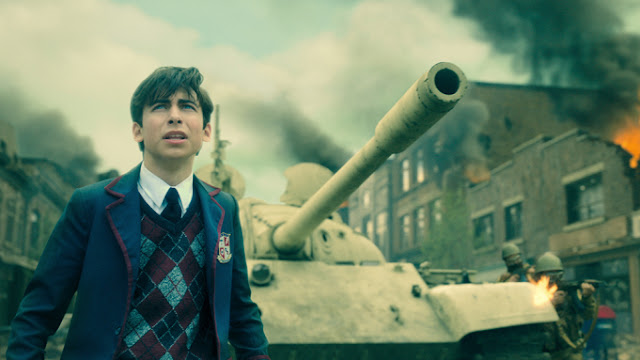 When you get right down to it, Five is the only character that progresses the main story. The side stories are being played out in a past timeline so the characters should know that preserving the timeline and getting home is the main goal. Unfortunately... They don't. They are too stubborn, thick headed, and dumb to do that. Or rather... the show runner is an activist and just has to put in activist arcs that have nothing to do with the main plot. Too many shows are doing this these days. Good stories please, not activist issues forced down the throat of the viewer. Learn from the comics industry that is now crashing thanks to writers going woke and readers leaving.