Star Wars: The Rage of Fandom (Why the latest Trilogy fell flat) 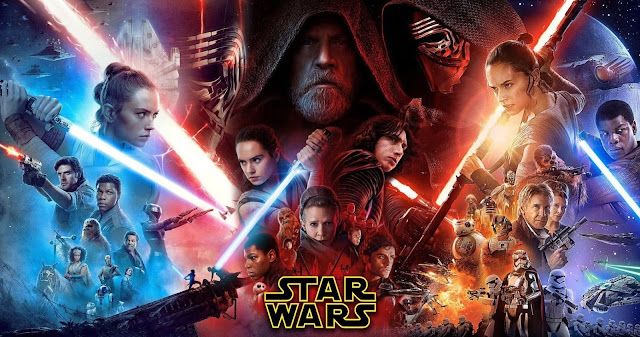 George Lucas was/is a smart man. He knew that the movies he was making originally would bring in the real money from: TOYS. He knew that the demographic that would buy and want those toys would be boys. He had heroes, in a sci-fi universe, that played to boys. Cause and effect here because today's "woke" suck at economics and are devoid of logic, so follow along. Because the movies have a demographic that is precisely targeted, the toys sold to that same demographic interested in sci-fi and heroes.

Jump to now... To Disney... To creating a new trilogy and making Rey the female action lead. Fine... but the female action lead has been done to death by now (Ana, Ripley, Wonder Woman, Alias, Dark Angel, Hannah, Almost every movie Charlize Theron has ever been in... it's not breaking ground despite what the wokies believe). Then you have Disney doing ad campaigns and every ad targets young girls. The Rise of Skywalker had nothing targeting boys at all (yet it is boys who are the main sci-fi demographic - not just but mainly). Even the car and game commercials were all about the girls. What happened? The toys did not sell. WHY??? Because boys had no reason to go out and buy Rey dolls and toys not marketed for them. There was no heroes story to even pull them in. They didn't have anything to re-enact and use the toys to actually... play.

When I was a kid and I got my first plastic light saber and my first Han Solo blaster, I would go out and re-enact scenes and actually play the part. I would do the same with the action figures I had. Scene upon scene upon scene. Let me tell you... The girls weren't doing that with genre where they are not the main draw and the boys had nothing to draw from that made them interested in playing with the toys.

The characters in this new trilogy were also flat, lifeless, shallow and gave the viewer no reason to latch onto them and care about them. We already knew that JJ/Johnson were killing our legacy heroes off and they expected us to now care for these weaklings taking their place. No thanks...

None of the characters ever developed or progressed. From movie 7 to 9 they were pretty much the same throughout. Rey was the Mary Sue who didn't even have to get very much training to become a Jedi (she was insanely overpowered. Jedi's are NOT superheroes). Poe was a hot head all the way through. Finn was the "Yeah" guy. Kylo had a few changes but they were mostly because the story demanded it and not because of any real progression. And all of our legacy heroes were dispatched. Not fun!!!

Also... Rose was introduced in The Last Jedi and her and Finn were getting together. Cut to The Rise of Skywalker and Jannah is introduced out of nowhere so Finn became all about her. WTF??? It was just dumb. It was bad writing. Bad character development. Bad EVERYTHING!!! It was also an insult to the actress playing Rose.

Disney Star Wars is basically fan fiction. Disney may want to call it canon but I don't recognize it as such. The old Star Wars Expanded Universe is way better than anything Disney has done to date with the property. If they really cared about the trilogy then they would have mapped one out over three films, created an actual story that made sense, and created characters that would develop and grow with each new movie. As it stands.... Disney kind of sucks at this.