Manga and Anime are HOT, while American Comics and Animation is NOT 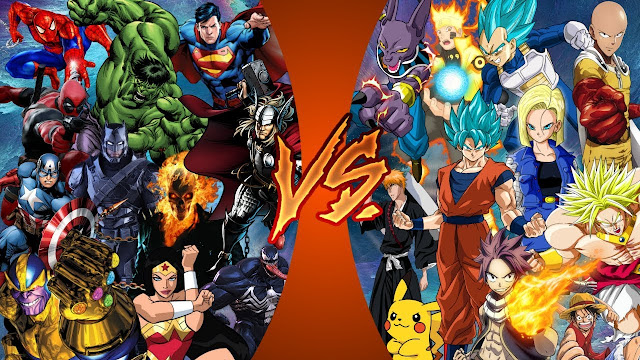 American comics and animation is on the decline. It's not selling like it used to. The main reason... American comics and animation has been taken over by the intolerant leftist activists who put their activism first and the story and characters a distant second. In many properties, the story is only there to serve the in your face activism. People are not buying it because people want good stories, not intolerant activists preaching to them.

Meanwhile... Manga and Anime put story and characters first. People are finding a getaway from the activism in these Japanese stories that are not concerned with all of the American activist crap. More market share is being taken by Manga and Anime while companies like DC and Marvel fall apart. In fact, DC and Marvel were quick to blame the Covid-19 pandemic for all of their sales woes... except... Manga sales increased 100% and were literally selling out due to people in the lock down buying them up. Marvel and DC, as well as their egocentric activist writers, just can't handle the fact that they are putting out content that people don't want. The writers and artists from DC and Marvel go onto Twitter and spend all day insulting comics fans and virtue signalling as if they are Gods, yet they are not selling anything. AT&T (owner of DC comics) just made major cuts to DC comics. You can expect the same for Marvel from Disney. Neither make money and both parent companies want out of publishing. You may see an end to both Marvel and DC comics in the monthly comics arena sooner rather than later. They really only have themselves to blame.

The defenders of the activist comic writers will say that both publishers always had activism. This is the main line they always use. Sure... it was peppered in here and there on occasion, but it was NEVER anywhere near the overt and all consuming and intolerant way they do it now. Stories are now written around an activist topic instead of a topic being played with for a fully formed story. These defender are in essence... full of shit.

Another thing that is turning viewers and readers off is the gender neutral designs being used. It's bad art when you can't tell if a female is a female and a male is a male. Forcing the entire population of those reading and viewing to care about a 0.03% of the total population in trans people, by destroying the art... is insane. It's egocentric writers that are removed from reality. It does not sell and no one is buying. That is their wake up call but instead they double down on woke junk. Their double downing is going to get them right into the unemployment lines. I have no sympathy for them either. 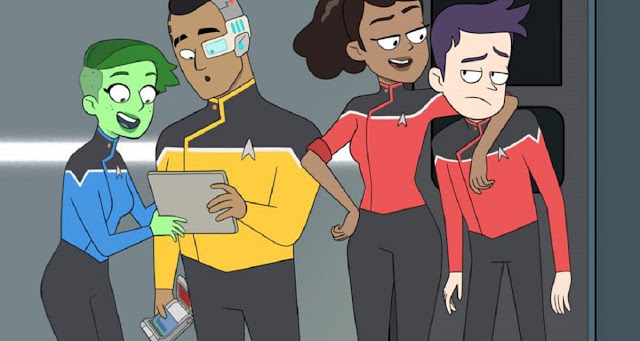 Look at the new Star Trek Below Decks animated comedy for a face full of Woke idiocy. The white male is the ultimate fool for every joke. Doing things by the book is a joke in that series. It's not funny and the series has already shed over half their viewers from episode 1 to episode 2. Let's not even get into the boring art that feels so tired since it has been used by American Cartoons for decades now. Just uninspiring and boring to look at.

Speaking of genders and also race... Marvel and DC love to piss off the fans by taking legacy characters and either gender or race swapping them. Instead of creating new characters they just change legacy characters as their form of "diversity". It helps when the creators of those characters are dead because they can do it without asking. It's a slap in the face to the creator of that character. It has never played good to the fans yet these companies continue to shove it down the their throats. Ergo... people stop reading and watching the comics and animation.

Get Woke, Go Broke is a reality. Fans are over the intolerant activists shoving their beliefs on them. They are walking away and taking their money with them. Luckily... manga and anime is there to take their place.