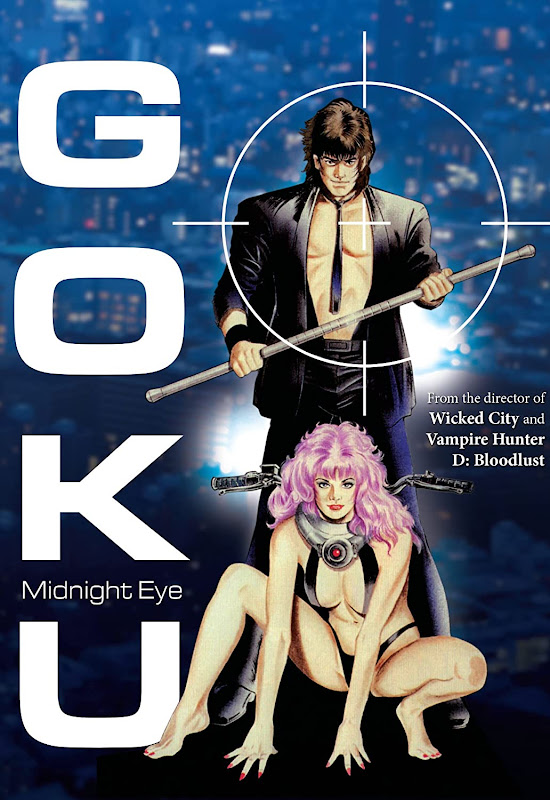 Goku Midnight Eye is a 2 part anime from 1989 streaming on Prime. It's a cyberpunk world set in 2014 that stars a private detective named Goku. Goku has a cybernetic eye that allows him to communicate and take charge of every network terminal in the world. He has access to every database and system out there (this was pre-internet days here). I can honestly say... the cyberpunk techno world we thought we would get in the future, as speculated from 1989, is much cooler than the internet connected, social networking cesspool, present world we are living in. An anime from 1989 still looks cooler and more advanced than the world we inhabit. 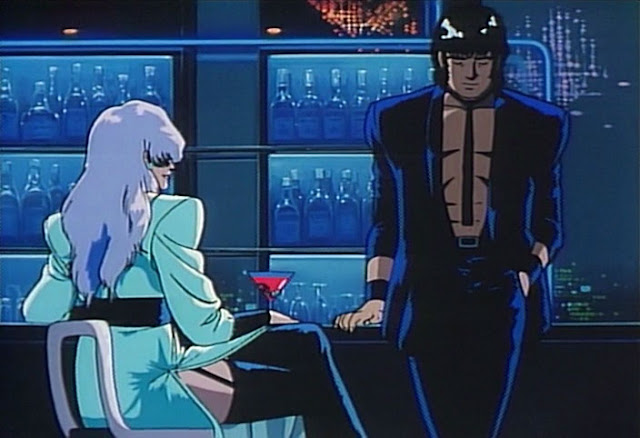 In Episode 1 several police are seemingly committing suicide when they are looking into a crime boss. Turns out the crime boss has someone who can manipulate people to take themselves out. Goku is on the receiving end of it but escapes by taking out his left eye. An unknown person/entity/group operates on Goku and gives him the cybernetic eye and a extending staff, so he can take down the crime boss. 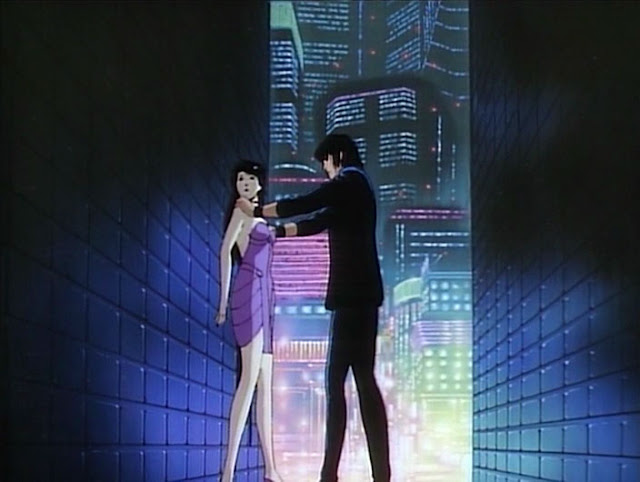 A woman comes to Goku in the hopes that he will help her find her brother. The truth about her brother isn't all on the table and it's a bit more complex than just a regular missing persons case. 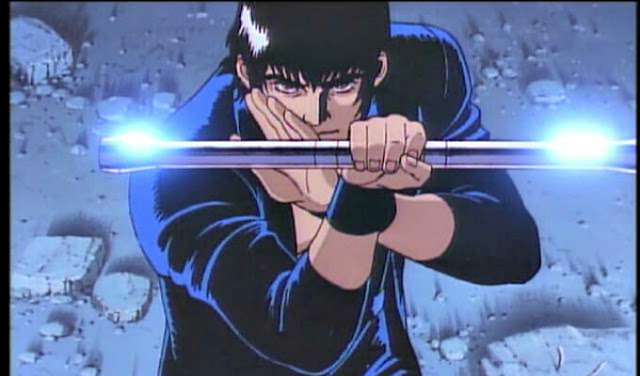 These are some good adult (TV-MA and Rated R) anime episodes. There's action, violence, and nudity (ergo the rating). It's a cool cyberpunk world that unfortunately looks like a long way off from our current reality. So ignore the dates that date the anime and just enjoy it for what could be!!!