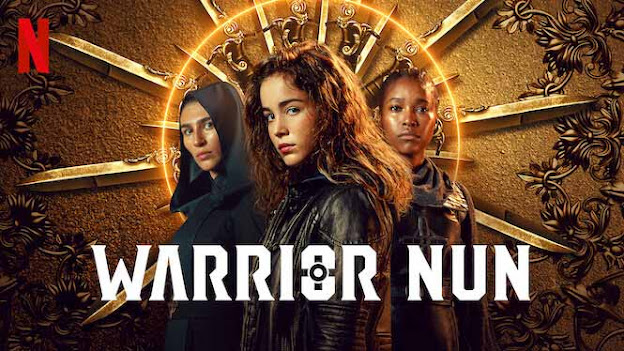 This one is pretty good. S1 is 10 episodes but ends on the biggest cliffhanger EVER. This is like the cliffhanger from Matrix Reloaded. Right in the dead center of a massive fight.
The premise is that the Warrior Nun is chosen by a "halo" that was from an angel who helped a female warrior in battle. The halo has been passed down the line for those fighting demons that come through to this Earthly plane. The Warrior Nun is the leader of an order of nuns that are pledged to deal with these demons.
There's a nice twist in the last episode and I really hope this gets picked up for another season. Netflix already killed off another good one that came out this year, the series Messiah. That ended on a huge cliffhanger too. So fingers crossed that this doesn't get canceled like that one did.
A word of warning, the first 5 episodes are a slow burn. I like the internal monologue and breaking the 4th wall by Ava, the lead (like Mr. Robot). I think that should be used more and take advantage of her humor. The show doesn't seem to want to fully embrace that humor yet and it really should.
So check it out and enjoy the ride...
UPDATE: Warrior Nun has been renewed for season 2!!!
Action Fantasy Netflix TV Warrior Nun