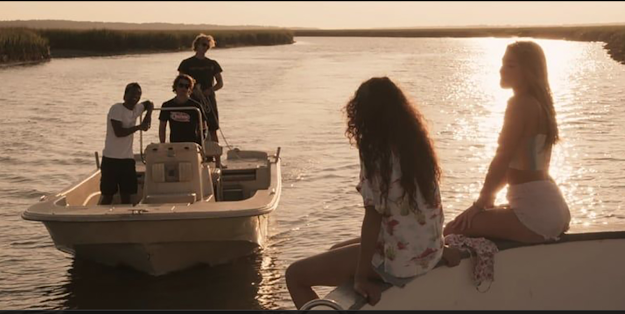 This show was really good. I definitely NEED a second season (S2 was just green lit recently!!!) and it's all set up for that second season. It's a drama/treasure hunt show, with good acting and a mystery to pull the viewers in.
I was looking up info on the show and it's crazy how the main group of actors are in their 20's but look the part of 16 years old. The fountain of youth must have been discovered.
Good show and I highly recommend it for those wanting a more serious take on The Goonies.
I also want to visit the outer banks of North Carolina after seeing this show. Looks like a good place to retire... Somewhere like Kill Devil Hills with a population just under 7,000. So much nicer than the big city where the maniacs run wild.
Netflix Outer Banks TV