The Bokken's that started it all 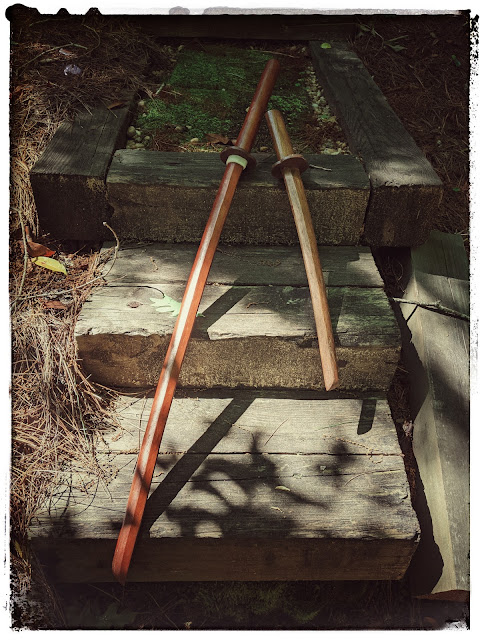 My first Bokken was the smaller Wakizashi (shown on the right above). I got this when I was a kid, in I believe Lincoln Nebraska (way back when I lived in that state) or Omaha (I forget). I'm not sure how old I was, probably in 3rd or 4th grade at the time. It was during a vacation and my Mom took me to a Martial Arts/ "Ninja store". I remember waiting in line to buy this, and at that time it was coolest thing in the world. There were some teenagers in line ahead of us and they were buying the "Ninja claws" for climbing in an actual "Ninja" class they were taking... Freaking blew my mind that there was an actual "Ninja class" somewhere!!! 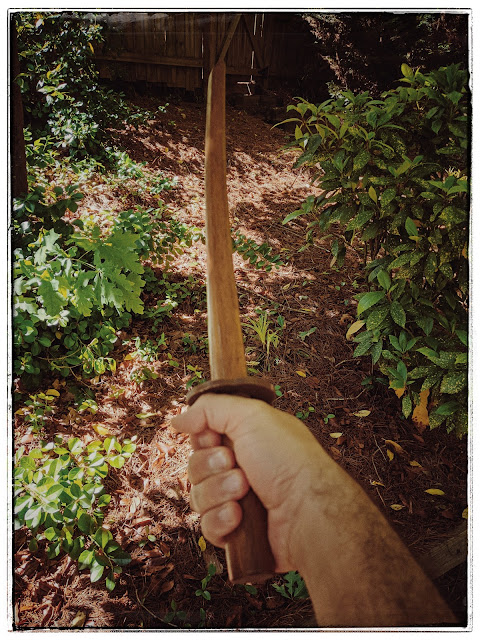 The Wakizashi came with the tsuba and the habaki which in English speak is the hand guard (tsuba) and the little piece over the blade and next to the tsuba (habaki) which was a plastic white band. Unfortunately I could never get the habaki to fit down the wood blade so my bokken Wakizashi only has the tsuba.

Let's just say, after I got this I was a NINJA (even though this isn't a "ninja sword" it had the short blade and was good enough for a child's mind to suffice. I'd slide the Wakizashi through the shoulder strap on my black jacket so I could carry it over my shoulder and on my back just like the Hollywood Ninjas taught all of us. I was Sho Kosugi from Revenge of the Ninja!!! I was cool. Anyway... 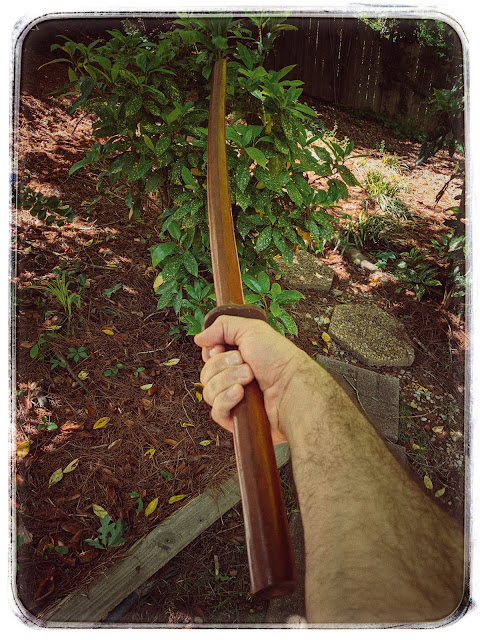 When we moved to Atlanta and I came across this bokken Katana (longer than the Wakizashi) at a Pier One Imports and had to have it. Thankfully my Mom bought it for me. It took some hard work but on this one I was able to slide the habaki all the way down to the tsuba. Now I was a freaking Samurai like Hachiman from Thundercats. Once again... I was awesome... Anyway...

Both are solid wood and I've used both on occasion in the middle of the night to go check on an unidentified noise. Some people use a bat... I used a bokken.