I am Jason's internal principle 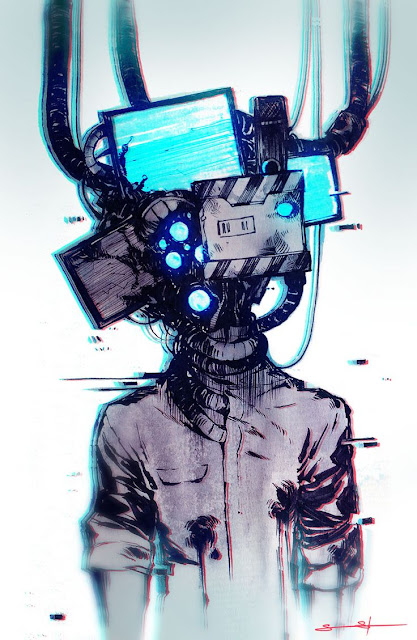 I'm not a fan of hypocrisy. Being a hypocrite is one of the biggest sins in my opinion. That the majority of people are hypocrites, is probably another reason I distrust most people. If you are a hypocrite then you have a foundation built on sand and no valid argument in any debate. You flip flop to meet your needs. This is why I no longer like debating people. Why bother debating someone who flip flops one issue for another and the stances they have taken are opposing to one another?
Most people don't have a voice in their head that screams at them if they cross the line of hypocrisy. It never even enters their thought process. Then again, most people listen to the narrative that their news media creates and they fall in line like the passive and submissive workers they are. After all... Go team!!!
The media has no principle. The media has a sales goal and creates content to reach that sales goal. You lefties aren't completely off the wall bat shit crazy when you state that certain things about capitalism are bad. Let me be clear though, it's still better than any socialist or communist cesspool you would have us live in. However... The media is not something you can trust. Those in the media are not worried about principle or the ethics of a story as much as how many followers on social media they can attain and if they can translate that into their next big paycheck. You people willingly follow the narrative and are willing idiots in their game.
That's what the media and politics are essentially... a game. In both cases you have people jockeying for power and fame. In both cases you of the general public listens intently to the lies you are sold, amplify it via social media, and become a willing idiot to the cause.
The funny thing is that as social media has made this easier to push a narrative and amplify it, the people who could speak and think for themselves and push their own ideals via these platforms do not. Instead they willing submit to their overlords and push their ideas. How does it feel to be nothing but another cog in the team?
For me, if ever a hypocrisy is pointed out, I reassess my viewpoint and bring it in-line to my principle. This has happened before. I may not like something in some way but if it has created a hypocritical view point for me then I'll just have to live with not liking it a certain way. I refuse to take the path of hypocrisy.
Hypocrisy ideals monologue principle