The Anunnaki News Network: The Bounty 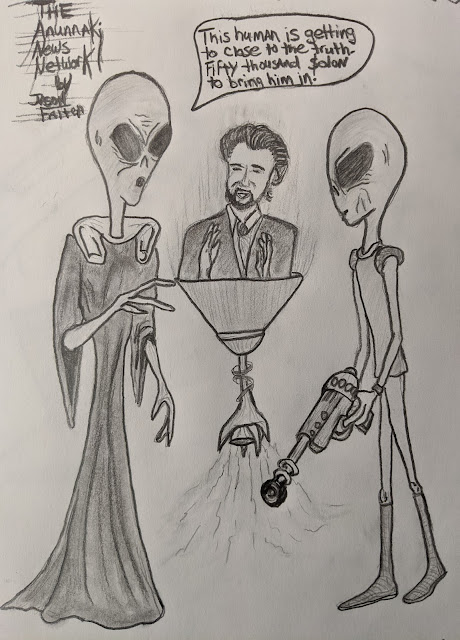 BEHIND the SCENES
The idea for this splash page scene for the comic strip came up when I had Ancient Aliens on in the background and Giorgio Tsoukalos made a declarative statement on a subject. I got to thinking, if the Aliens are listening, and Giorgio is on to something, then what would they do? Well... Probably send someone after him if he is getting too close to the truth. 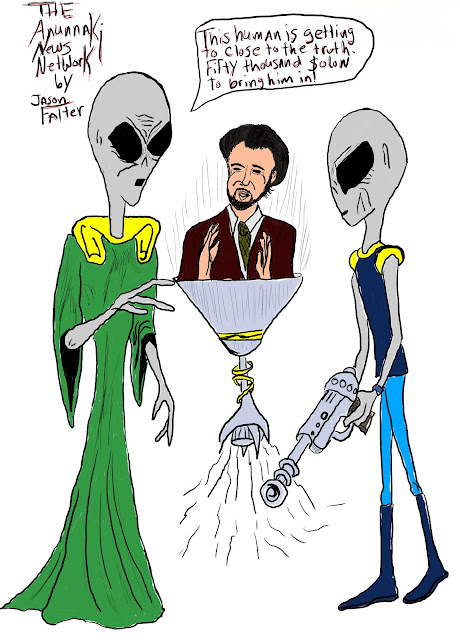 I'm not a big fan of coloring or inking. Whether that be digital (as the version above) or with ink and color pencils directly to the page. For this, I imported the picture jpeg of the drawing into Clip Studio Paint and then added a layer for inking, a layer for colors, and then a solid white layer for the total background. I don't like it as much because the pencil shading is completely gone. And again... my patience for coloring and inking is really not in great supply. That's why the black and white on paper is the original and best version in my opinion. 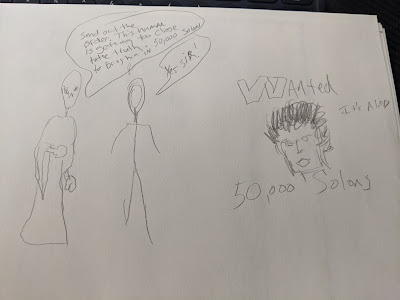 Above is the roughed out sketch I did when I had this idea. Originally it was a 2 panel strip but in the end I decided to go with one panel and Giorgio in the hologram display floating between the two grays.