The Deconstruction of Society (Virus Edition) 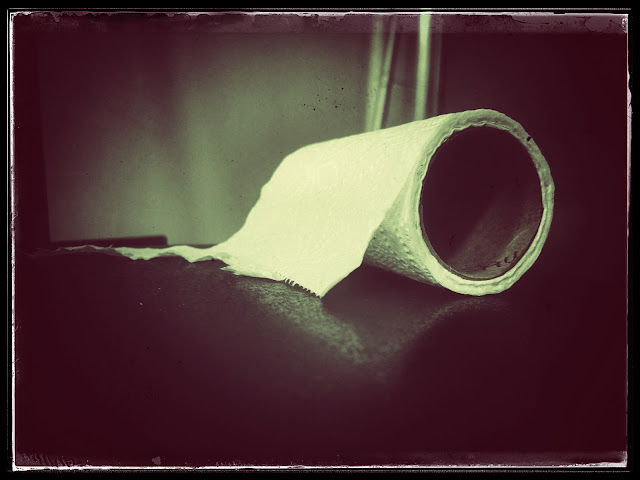 Why do I have no faith in humans?

As the sensationalism of the media and government mate in their taboo ritual of debauchery, the Covid19 or Corona Virus or Wuhan Virus "news" spreads faster than the virus itself. I won't go into how the flu spreads faster or kills more people but it does. We won't worry about that though. Instead, we will cancel conferences, work from home, and check out Twitter where we can watch women in grocery stores fighting over the last package of toilet paper. This is society. This is humanity.

First, do people really need 3+ packages of toilet paper? This virus will be gone in less than 2 months. How much toilet paper are you people using when you take a dump? People are out there acting like it is the zombie apocalypse and the end of the world is coming. The media, in association with the government, has people thinking that they need to start putting boards on their doors and nail up their windows. The mayor of New York lost his head and declared that he "IS NOT urging calm." So called "LEADERS" telling the populace "Don't be calm." We're really seeing a form of mass hysteria that is media and government created.

Add social media into the mix and the sensationalism and fear mongering spreads like a plague. That's from both sides of the political spectrum too (FYI: I only write from an American political spectrum POV because I really don't care about the rest of your messed up governments and political issues around the world. Figure it out yourself. I absolutely despise people that reply, "There's more to these issues than just America." No, not for me, now go away). I've seen lefties and righties fear monger this stuff on Twitter. I've seen baseless facts being thrown around from both sides too. Here's the kicker, if you try and set the posters straight with real facts, they'll make excuses for their incorrect notions and then go right on posting their false narratives. The media does this too, so I guess we can't really blame the sheeple that follow suit...

Then you have the Millennial's and Zoomers (GenZ) now calling people "racist" for referring to the Corvid19 virus as the Wuhan Virus. This is standard freaking practice!!! MOST virus' derive their names from the locations they arise from. So for a bunch of whiners to nitpick online and then go and actively call people racist about it speaks to their low IQ. Again, these are the Millennial and Zoomer generations so they quite literally have ZERO real world experience and make shit up as they go with no regard to how facts, cause and effect, or logic work. They have built themselves up by group dynamics, group think, and mob mentality. Something like a virus is perfect for them to attach to and blast out their identity politics and SJW (Social Justice Warrior) nonsense. Sadly, one day these fools will be at the wheel and driving this planet. Beware!!!

This is NOT the zombie apocalypse but you wouldn't know that from the media and government officials out there. A side issue to all of this is that the sensationalism is so rampant that big conferences are canceling events and businesses are are shutting down to a bare bone minimum to run on location. This will have major economic repercussions... which also might be an intention. The economy has been booming and the economy is the best way to manipulate an election. Granted, this is just a conspiracy theory but then, have you ever seen this much sensationalism over the virus of year? This is the first time where mass hysteria is actually being pushed like this, at this scale. I highly doubt it has an effect on the election though, as both Biden and Sanders are un-electable. Still... I wouldn't put it past the media and the political class. Fear is another utility they use to manipulate you. For the media it means more clicks and views and ad dollars. For the politicians it means more pandering, trading money for votes, and one liners that mean absolutely nothing. For the sheeple, well... Society seems to fall for this shit every time.