The Subjective Review and why they just don't matter

I was thinking about this, this morning, as Star Wars The Rise of Skywalker reviews flood the net. I haven't read any of them. Don't care to. I'll read the title and I get the full scoop and gist of the coming words on whether or not they liked it or not. For me, Star Wars is a popcorn franchise that harkens back to the days of serials in theaters. It's not meant to be deep. It's not meant to be filled with characterization. It's just fun, retcons and all. So when I see headings that state that it's just fluff, I'm like, "Great!!! That's what I want from a Star Wars flick!!!" The point is, none of these reviews matter to me at all.

When The Last Jedi came out, I had read the spoiler reviews before seeing it and I thought it was going to be horrible. However, after going to see it, I had a great time and enjoyed it immensely. It was popcorn space opera sci-fi and it punched the card for a good time. Ever since then, I've cared less and less about reviews. I've read reviews since then but every one of them is taken with a grain of salt. They don't color my choices one way or the other. The same goes for book reviews too. I'm not, not going to read a book, because some rando wrote a review and said they didn't like it. At the same time, if I write a review of something, I'm the rando!!! I get it. You should take my reviews with a grain of salt like any review you read because it's all subjective. People place way too much importance on the words of others.

The internet is nothing but floating opinions now. Everyone trying to convince someone of something. We have people (file under: egomaniacal) called "influencers" now for crying out loud. Why anyone would listen to them is beyond me. All they do is review things subjectively.

I think people take things too seriously now. They act like the word on the internet is some sort of barometer for everything and it really isn't. In much the same way that political Twitter is just a loud vocal minority of raving lunatics and not the real people that make up a majority across the country, so too are the corners of popular opinion for other things. 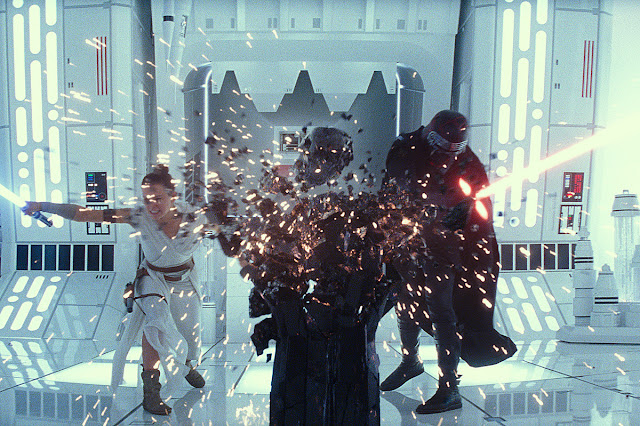 So just chill out, read reviews with a grain of salt, and choose what you think is good for you. Don't base your likes and enjoyment off the reviews of others.