The Bastardization of Watchmen 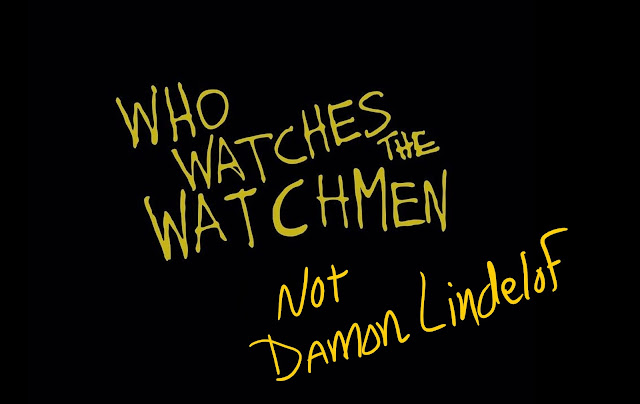 Damon Lindelof and HBO have created a bastardized fan fiction of Watchmen. Fan favorite and anti-hero Rorschach has had his ideals as an objectivist moral compass turned into and be usurped by a white supremacist group. Yes, a fan favorite is now the symbol for white supremacy in this garbage show. It's a disgrace to the graphic novel and the movie. Apparently in Lindelof’s small mind, any right wing morality or viewpoints are automatically one step away from white supremacist territory. Of course that is 100% false but that divisive narrative is pushed by this new show.

True Watchmen fans are angry. The only ones pushing this awful show are critics that want to push the social justice warrior angle and have no clue what the graphic novel was even about. Already on Twitter I've seen true Watchmen fans be called out as Trump loyalists, even when those same fans are not Trump fans and in fact vote Democrat. Death to the moderates in the name of intolerant woke culture. This show has excelled at creating division and divisive wedges via entertainment after just the first airing. Remember a time when people wanted to make it so everyone could tolerate and be cool with one another? That doesn't happen with a heavy handed show that craps on a legacy character and lumps him in with wretched white supremacists. Rorschach was never racist and his ideals did not go in that direction.

This show really angers me because a Watchmen show could have been good. As it stands, The Boys on Prime is a better Watchmen show than this garbage that HBO is putting out. Side note: Lindelof is one of those people that should be forced out of Hollywood. He should have been blacklisted after Lost ended. I have no clue why this hack keeps getting projects to work on???

For those who like to dress up as Rorschach for Halloween, you may want to steer clear until this show is cancelled. Unfortunately, taking and usurping things to mean things they are not is the norm these days and unfortunately, Lindelof has destroyed this character for now via this insipid and shitty show.

I think that the only good news in this whole thing is that Lindelof has said that it may be a one and done season. I get the feeling that even he knows he screwed up the legacy of these characters and he knows that the true Watchmen fans are going to hate it. 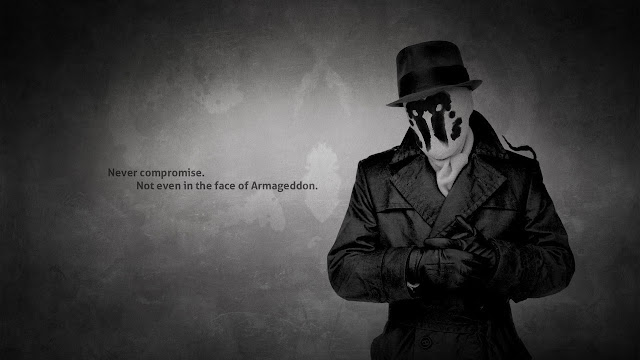 The character of Rorschach could be viewed as hard right but that would be the ignorant and non-nuanced view. When talking about the Right and the Left both sides love to throw out nuance and cast each other as the polar evil. It's quite literally a stupid thing that both political sides do. In this case, the Left feels that anyone who has Right wing views has to be a racist. It's a fallacy but one that can be used in the media with something like this show and then blasted out via social media via a site like Twitter. Before too long, the narrative becomes the fact. This happens over and over again and yes, it mostly happens from those on the Left. This is their central media playbook to turn or silence people for fear of being the perceived bad guy. Never mind that the "bad guy" was mob created. You know what? Never compromise. Not even in the face of Armageddon. Or in this case, the woke mob of idiocy and intolerance.

It's quite sad that people have lost the ability to read into nuance. The manipulation of media is so much easier without having to worry about it though. This show is clearly media manipulation using the Watchmen name to push a radical narrative that is just a fallacy. Do yourself a favor and skip this show and just read the graphic novel or watch the movie.

Before any intolerant wokies fling stones at me... I'm of the Independent Objectivist Libertarian type. That means... I believe in live and let live, judging on the content of ones character, individuality, and so on and so forth. Unlike the mob who congregate to group think and are intolerant of anyone with a different opinion than them (IE: The Woke).