Inside Bill's Brain: Decoding Bill Gates is a new 3 episode documentary that is on Netflix. When it comes to tech and getting an insider view of someone who pushed technology forward, this is a must watch series. It's cut together between present time interviews with Gates and those around him, and then with the early life moments that shaped who he is. Each episode also shows just what Gates has been up to since leaving Microsoft and his mission to use his money to make the world better. 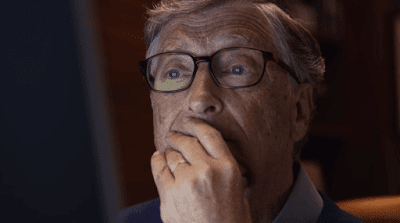 When Bill Gates was younger, he worked all of the time. He could be considered a tyrant in how he ran Microsoft just by his view of a work ethic. The present Bill Gates is working just as hard, instead of on software though, he's targeting innovation in sewage treatment for third world countries so kids aren't dying of dysentery or he's trying to end the spread polio in a place like Nigeria, where it is an epidemic, or he's cracked clean nuclear and how we nuclear waste can be used to power the clean nuclear. At every turn he has had to deal with road blocks along the way such as the cost of toilets and sewage infrastructure to terrorists that took over parts of Nigeria to our new President, Donald Trump, who canceled the contracts he needed to get their clean energy nuclear power plant off the ground in China due to the idiocy of tariffs and an unneeded trade war. Sadly, America isn't very forward thinking with nuclear and our current President would rather put more carbon in the air at a faster rate in the name of business as usual.

I personally admire the man's genius and pinpoint drive. I also admire his ability to think in ways that do solve problems, even if the lower mind class can't see what's good for them. In this series he shows a sense of humor that I don't think we ever really got to see when he was running Microsoft. The three initiatives he has set forth here, are all needed, especially the clean nuclear. Maybe this series will be a first step in bypassing the idiocy of our government and getting people on board for a much needed call to action. We can only hope.

As for an actual review, I'd consider this series MUST WATCH and REQUIRED WATCHING in the same sentence. Watch this series. You will learn things and you will see things that need to be done!