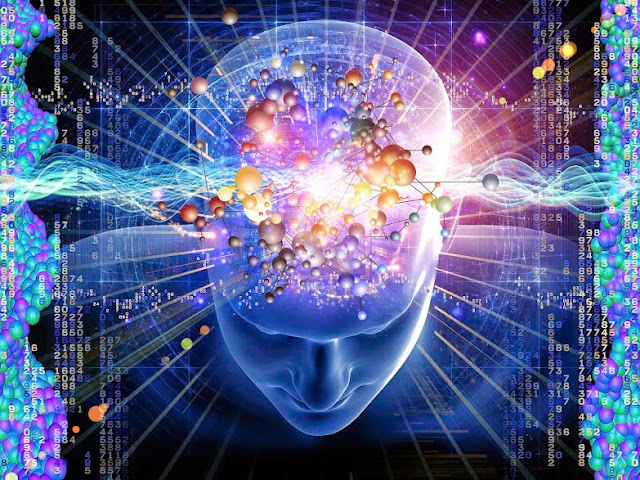 Bits of data conceptualized into a mock up image of order and reality. That was the premise behind the theory. We are all envisioned. We are numbers made solid. In essence we are the sum of our bits.

The technologist held his head over the tablet that lay flat on his desk. He visualized that which could not be visualized, remembered, or made sense of. There was a key in this theorem but it eluded him on so many different levels. It was as if a word was on the tip of his tongue. He could see it behind a haze, he could sound it out in a general sense, he could even almost taste it, yet it was just beyond his conscious inclination.

When the blockade of science and theory stumped him he would agonize over it, try different modes, and patterns of thought, willed himself forward only to be left facing an immense wall of solid denial. That's when the drink came out. In the effort not to continue thinking about the insurmountable impasse he poured his concoction of choice and let it dull his mind. His senses blurred, skin became hot, consciousness took flight. He was free of the riddle of being. He was free from being.

The next morning would come, he would rise, take several aspirin and nurse a headache as his conscience thought began to reverberate once more in his head. The riddle of being would dog him and follow him through every waking moment. He was a slave to a theory he could not quite conceptualize. He knew there was an answer. As with anything, there is always an answer. Others wanted that answer too. He had taken his work underground in the effort to evade them. He had needed the time to work through the blockade. But now, he knew it would not be. He could not traverse the solution. The bits were not programmed to do so.