August 01, 2019
On this week on The Ninja Writes week in review, I'll be talking about Podbean not working correctly with Google Podcasts and then we're constantly inundated with Right vs Left so enough already!!! Bring on the Technocracy and the AI!!! I also figured out how to create an oppressive reputation currency for my Cyberpunk book. Speaking of which... I'm debating whether I should query and going the traditional route and if that fails, then self publish... Or just self publish? I'm not sure... Here we go!!!

Podcast? What podcast? Oh yeah… I started a podcast on Podbean but after following all of the rules of the road to get the RSS feed in Google Podcasts, the Podbean site isn't found. I'm pretty sure this is an issue on Podbeans side of things but whatever… I haven't added another podcast because if I can't get it into the various popular podcast distribution sites, then it's pointless to use Podbean. There's a reason people use things like YouTube… ease of use and instant distribution. Podcasting sites should be doing this stuff automatically, especially if they expect you to pay monthly. So… we'll see what happens from here…

Is a Technocracy something we can do? That's a government where the engineers, technical people, and/or AI set the policy and laws. I mean… why not right? The current Right vs Left with both sides doing the tech fear mongering because of their Luddite nature is just annoying. When politicians speak about tech they sound like the fools they are because they don't understand it. How can ignorant fools possibly create legislation on technology they don't understand? They can't.


I figured out a "Reputation Currency" for the Cyberpunk book I'm writing. I've been largely ignoring how it works because honestly… I didn't know. Then this week, I tackled the issue, figured it out, got it written down, and yay me!!! Let me tell you, anyone who wants to implement or live under a reputation system is a world class nutter. It would suck. Works great for a speculative fiction book though. Side note: China has a reputation system now in place and it is oppressive. Let's hope something like this never spreads.


Self Publish or try the agent route first? I've been throwing this around in my head lately. There are pros and cons to both. Both require my social media push to advertise. I mean… I can't just put out a book and never mention it. However… the reason the agent and traditional publishing sounds like a first step, is because paying for cover art and editing up front for self publishing means that unless the book sells straight away, I'm in the hole until it does. Don't get me wrong, cover art and editing are VERY important and those people should be paid their due. It's just that the amount of time the author puts in on the book is way more than either and the author stands to make nothing if publicizing it drags. So the current plan playing out in my head is to query it, and if there are no takers, then self publish it. "So self publish it right?" At the end of the day it will probably be a self publishing agenda because my luck is pretty weak and it takes a lot of luck to get an agent and publisher. 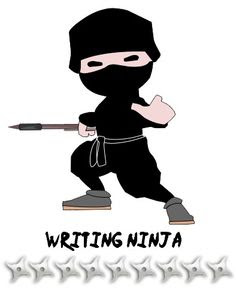 I would love for this book to start a writing career for myself. At this point, it's all my eggs in one basket in being able to get out of IT and the dreaded corporate prison of what is a monotonous grinding cubicle/office life. I guess I do have a certain amount of fear in it being a failure and then this is it… I'm damned to be a corporate pawn for the rest of my days. I mean, sure I'd write something else but the doom that this is it will be a pretty hard pit to crawl up from. I know… my expectations are too high, but I really think this Cyberpunk yarn is a worthwhile tale to tell.

A short poem:
The Void
I talk to the void.
Sometimes the void talks back.
Mostly it doesn't.