To Revel in Violence (Another Life & The Boy's reviews)

July 29, 2019
I binge watched both Another Life (Netflix) and The Boy's (Prime) this weekend and judging by the reviews come Monday, I see that the one that revels in violence is the one that people are flocking too (The Boy's). 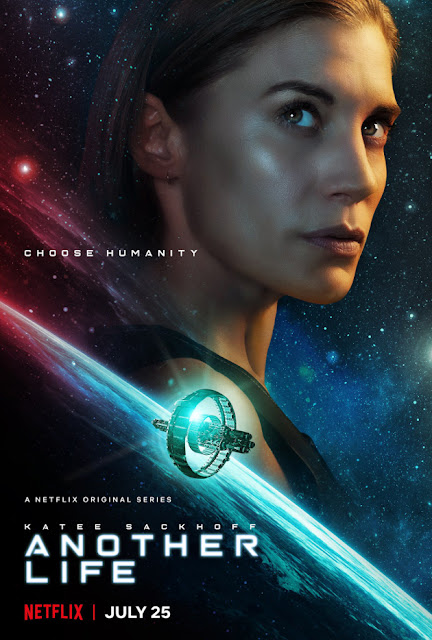 Another Life was really great. Sure, it had all sorts of tech things going on that would not be scientifically possible but really, if you introduce faster than light (FTL) speeds, is it really too much to believe in FTL communication? It amazes me that only the Star Trek/Wars franchises are allowed to deviate from science fiction physics in any way, while everything else must ditch the escapism and fantasy of a good story for that hard physics.


Another Life brought together all sorts of different sci-fi elements and gave us a nice coherent story to reel us in. I never felt like there was any filler in this first season of a ten episode arc. As a matter of fact, by the final episode cliffhanger, I wanted more. I want to see how this story goes. 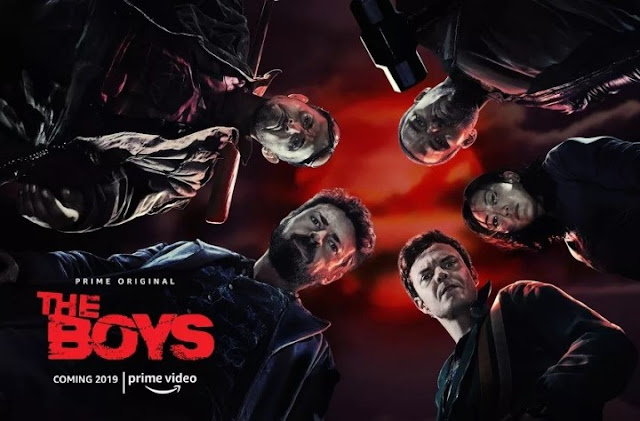 Now flip that with The Boy's and I'm of a different mindset. The Boy's is based on the comic of the same name and about superheroes who are branded, controlled by a company, every nuance of their existence vetted in numbers and media perception. It's basically, if superheroes were actually real, then this is what they would be. In other words, all of the escapism and fantasy of a superhero world, the fun, is discarded for the world we already live in. Over the first 4 episodes of world building, it is interesting. There is fun to be had here. There is comedy from the characters. However… the back 4 episodes (8 episode season) drags hard. The comedy disappears, it becomes a revenge story that just wears the viewer down and revels in violence and vindictiveness.


Another issue with The Boy's is that outside of Starlight and maybe Hugh, not a single character in this show is someone that I like or can get into their point of view. The Boy's are really no better than the "Supes" they want to murder. With exception to Hugh, the motivation to murder the Supes is blurry and the evidence to base the motivations on is missing. 8 episodes feels like a lot when there are only 2 redeemable characters to cheer on. A good edit could have got this down to 6 episodes and a tighter story too. And another quibble I have is this continued use of the blue/gray/green filter for cinematography. That filter is so overused and just dulls everything. I wish cinematographers would just quit using it already. It's not an "edgy filter," it's just washed out. 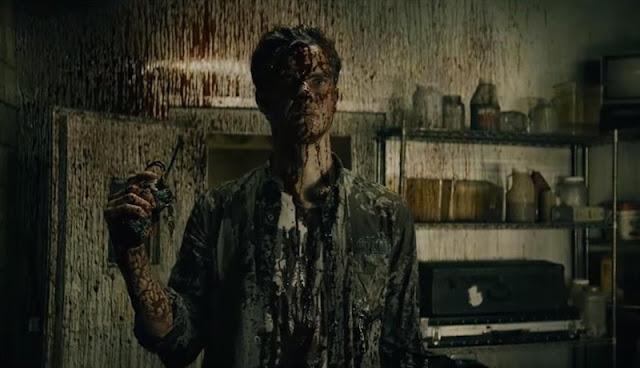 The audience following the release weekend of both of these shows completely disagree with my pick of Another Life over The Boy's. After reading many reviews, Another Life gets hit with not being "hard sci-fi" (which would have killed the story) and The Boys is being hailed as phenomenal for its overt violence and "thought provoking" portrayal of anti-superheroes. I have to wonder if people want fantasy and interesting story telling or just violence and bloody spectacle? Instead of the wonder for "what is out there in space" it is the shock value of bombs exploding in the ass of a superhero that pulls in applause. 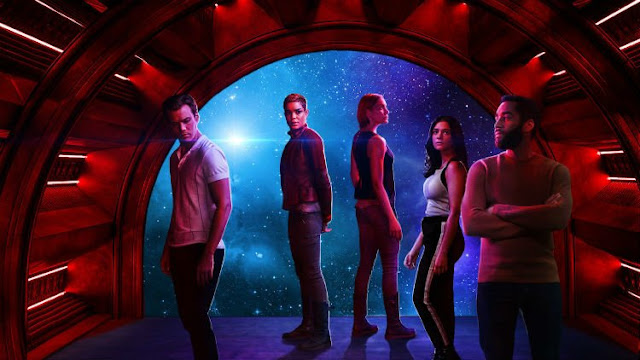 Another complaint of Another Life that I saw over and over is that it was a crew of 20 something's… Most of the actors in the show are late 20's to upper 30's, so that criticism doesn't pan out (plus the show itself addresses this logically). That's a pretty baseless complaint to not even watch this show. But then a shallow basis like that is probably the same type of person that would revel in the violence and shock value found in The Boy's. "I won't watch X because of ageism based on looks but give me B where a man's head is exploded from a face sitting woman yelling eat my ass," seems like just the sort of shallow and threadbare storytelling that today's viewers would flock too.


I'm not saying that The Boy's isn't worth watching either. I think if you take it in a spread out manner, it may work better than binge watching because the viewer isn't assaulted with hour after hour of shock and people that are dis-likable. Whereas, Another Life lends itself to the binge due to the story itself and how it can pull a person in. Obviously, the shock is pulling in more people these days and keeping them glued to the next episode in the hope of seeing something even more shocking. I find it all so very strange.


The Boy's was renewed for a second season before it even aired. I'm not sure I'll go back for S2 though. I was actually glad to finish it and wasn't really invested in the cliffhanger of the dis-likable characters. Another Life has yet to be renewed by Netflix but I do hope it does get the go ahead. It would be a shame if the excellent cliffhanger there was just the end of what turned out to be a really good story.