July 12, 2019
The week after my 4th of July week long staycation was a real grind. It reinforced to me the fact that having to wear button up shirts and business clothing while being in IT royally sucks. So everyday was a chore, a hassle, an uncomfortable endeavor once again, especially after a week of not having to wear that shitty professional look. Other than that, it was flipping laptops like usual. I miss being able to do "other stuff" like I had when I was on the healthcare side of things. This stuff is just too pedestrian. I'm learning nothing and advancing nowhere here. Ergo… the reason I'm still looking around for something else. Hopefully something falls out of the sky soon, or even better yet, I get the call that I can return to my old job which I never should have left.

The days of the week are hard to keep track of in the summertime. Why you ask? Because there are no TV shows on. Outside of Below Deck Med Monday, it has become a blur of random Food Network, HGTV, and Netflix/Prime anime over the week. Speaking of which, I picked up the full series of Cowboy Bebop (dubbed like the creator of it prefers) on Amazon in HD, for only $4.99. Now that was a deal. I also started watching Hero=Mask on Netflix, which is pretty good too.

I may have hit the social networking breaking point this week. I quite literally despise the "stream" or "news feed" in any social network. I even moved MeWe from my home screen because opening it just shows me hypocritical fanboys, pictures of people's dinner (why???), and a flow of information and comments I don't have any interest in. Looks like my move to just use social networking for broadcasting my blog is in full swing. I certainly don't intend on posting anything else there, or spending anymore time on these things than the bare minimum.

The unprofessional-ism of FUCK. Maybe it's a millennial thing but dropping F bombs all day in the workplace doesn't seem very professional. Sure, everyone uses the word "fuck" and it even slips out sometimes in the work place but… where I currently am… the people drop it in normal everyday conversion like it was a general word like "and." It was being dropped so many times yesterday morning right outside my pseudo office that I went and worked in the server room for a bit just to get away. I guess being older and coming from Gen X, I just view it as a level of unprofessional immaturity. Maybe F bombs lead to promotions in the Millennial world? Who knows??? The world is changing before my eyes.

I've added the TWIT (The Week In Tech) to my regular podcast subscriptions. It's a great podcast but it's also weird to me in that they talk tech on it, we talk about pop culture and tech on ScannerDrome, they go off on tangents, we go off on tangents, it's a hangout for a group of people, ours is a hangout for a group of people, they are madly successful, we can't even get a viable following. It's just so strange to me in how a following, brand visibility, and success play out. Our interview shows get a nice viewership but our normal chat and review shows just don't get any play. I guess it doesn't help that the podcast isn't being pulled into all of the outlets. I'm basically basing this off of our YouTube videocast.

Speaking of which, this next episode will be the last we do via Hangouts on Air on YouTube because Google is killing the service. We're going to try out some non-Live services but my worry is that I'll be losing a bit of the ability to do the program direction in that someone else will be setting up the show vs. the way we do it now, where I set up the shows, create the events, and put the show notes in order. Everyone else is super ultra busy all of the time so the program direction is something that I sort of just picked up and ran with. After July, I don't know what it will look like or how it will all play out. Here's to crossing my fingers and hoping it works out.

This is also another reason I want to get my own podcast up and running. It won't be YouTube, it will be strictly voice, most likely through Podbean. I haven't decided if I would talk about current pop culture events and reviews (those shows date quickly as far as something someone would go back to listen too) or make it a more story, life, point of view talk, every episode. Or maybe a mix of the two. I'm still undecided. It will however be a way to keep my interest satisfied in the podcasting sphere of things, which I like to do. 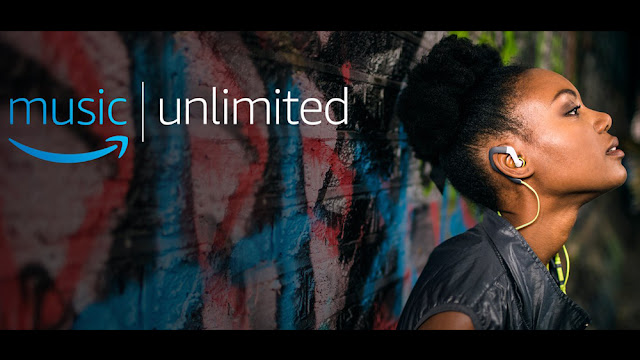 On the technology front, Amazon Music Unlimited is adding more subscribers now than both Apple Music and Spotify (both of those apps are ahead but subs have slowed while Unlimited has really picked up). I have Unlimited and I like it a lot. From the ease of use with Alexa to the awesome ability to see the X-RAY lyrics feature for virtually every song, the app is really great. Funny side note… the people that complain about the app are using Google Play Music or YouTube Music… both of which are broken and verge on useless as far as having standard features. Fanboys…they're  just noise. That's all they are. Never listen to fanboys.

That's it for the week in review... It's the weekend so it's time to chill!!!