July 19, 2019
This week I had some thoughts on the Scarlett Johansson kerfuffle, Prime Days 2019, Google Photos being public but really just media sensationalism, the raid on Area 51, and all of you people who want privacy but used FaceApp. Also, quick movie reviews for Alita Battle Angel, Escape Room, and Replicas. 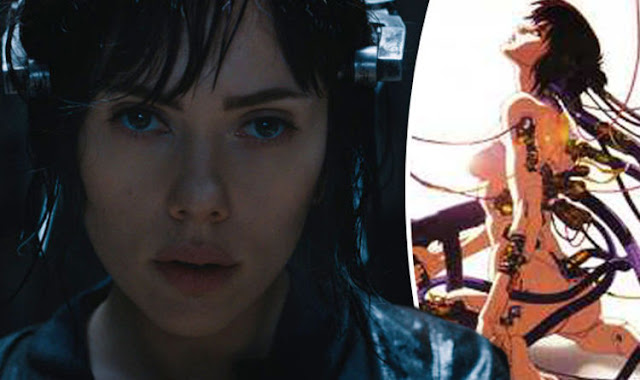 Scarlett Johansson had to defend being an actor. She literally had to defend her ability to pretend to be a character she is not because the wretched people on social media (Twitter) demand that only group mandated actors can play certain characters in any group. The same people like to call it "white washing" or "straight washing" bit at the same time demand that Superman be a different race, Peter Parker be gay, and James Bond be a woman and of a different race. No big deal there… so tiring to have to constantly be inundated with the hypocrisy and PC insanity of the internet. The kicker, it's only idiot PC fools in America making the demands. This issue was over a new movie in which she portrays a trans character. First of all, there may be trans actors and they may be Oscar winning but none of them are popular and none of them can get butts in seats or sell movies yet. Scarlett Johansson is putting that issue into the light. To get to the point where trans actors can have these rolls, you first must traverse that middle ground where others open the door for society to normalize it. People should be thanking her for taking up the issue so that one day a trans actor can take these roles as if it was nothing. Also... we went through this with Ghost in the Shell too. The creator of Ghost in the Shell loved the fact that Scarlett Johansson played the Major. A cyborg I might add. And a fun fact, the only reason the GITS movie was made was because she signed on and pushed for it. It was a great movie too. Unfortunately the vile people of social media and their PC mobs wouldn't let others enjoy it. If they can't be happy, they will make damn sure no one else is. Regardless… go Scarlett!!!! I'm in your corner and I 100% agree with you.

Prime Day(s) rolled around again. I picked up the Echo Fire Cube to replace my aging Fire TV square box. We also picked up another Alexa enabled Roomba because those things are just so awesome and they work so well. 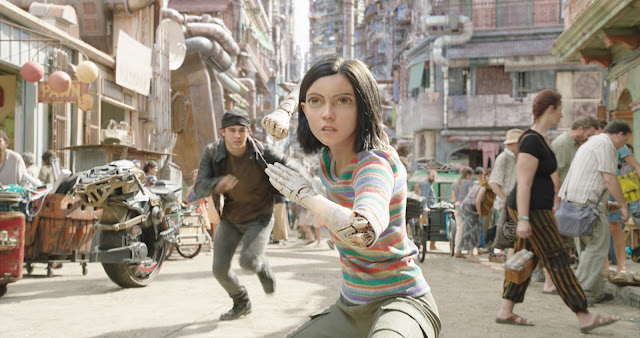 Alita Battle Angel was a pretty spectacular movie. It follows the manga really well. It didn't make its money back in the US but it made much more around the world. I have no clue if that covered the promo costs or not. It would be great to get a sequel, especially since this movie sets one up. It's nice to have new and refreshing sci-fi and cyberpunk to view. Something besides Star Wars/Trek and that same old same old.

In misleading and manipulative tech news, we have a bunch of tech sites claiming that any picture you share from Google Photos becomes public for everyone. This isn't true at all. The link to that picture is a public link. The only way anyone can see it is if that link was shared or given to this shadowy "others" and then they clicked on it and viewed it. However, unless they have that link, they are not seeing it. And here's the big one… not many of the "others" probably care about that photo of the disgusting taco that you took at Burger King. So file this under tabloid tech media and sensationalism.

The insane sign up sheet for 1.2 million people to raid Area 51 so they can "find the aliens," makes me chuckle. I'm all for this actually. I'm also all for the ground opening up, a flying saucer rising up, and then quickly and efficiently using a death ray to wipe out all 1.2 million fools in a single fell swoop. 1) It would prove their theory that there are UFO's there (though it still wouldn't prove the Gray's are operating the hardware), and 2) it would clean up a nice portion of the gene pool. And since we have a sign up sheet, we can get to work on a memorial website to always remember the fatalities of the Area 51 raid. Just remember to click on the "Store" button at the top and buy some Alien swag!!! 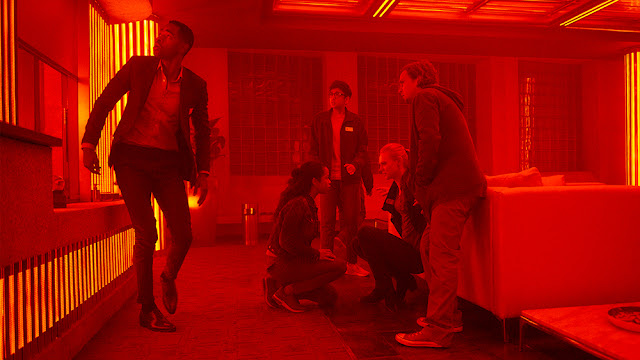 Escape Room (Amazon Video Rental) was a pretty good movie. If you liked the movie Cube, then you'll like this one. It stars Taylor Russell (Judy from Lost in Space on Netflix) and Deborah Ann Woll (Karen from Daredevil on Netflix), both great actors. It ramps up the tension and thrill factor and then gives you a nice little ending where you hope there will be another one but if there isn't, it's okay because you can let your mind imagine the possibilities (again, like Cube in that respect). Good movie overall, I really enjoyed it.

Replicas (Amazon Video Rental) turned out to be a mishmash of a movie. Keanu Reeves (William) is a scientist trying to put consciousness from recently dead humans into a metal body while his partner, who is a cloning expert, for some reasons helps out. When William's family dies in an auto accident, he decides to take their consciousness and put them into cloned bodies. Then you get the cover up, the family finding out and… then the movie morphs into the evil company that isn't a medical company but a weapons company who want their property (cloned bodies) back, queue the gunmen in suits. But wait… then it turns into Terminator. And the CGI is… it just isn't. It's not even on par with SYFY level CGI. I think the thing that I didn't like the most though, was the audacity of Keanu Reeves' character. Pretty much every choice made was unethical in every way. If you want to check this out, try and see it on a streaming service you already pay for, down the line, or catch it on TV somewhere.

The Faceapp app that ages people 50 years got a lot of headlines this last week. I find the whole thing funny because on the one hand you have people complaining about privacy but they jumped on the Faceapp fad and uploaded their pictures to an app based in Russia, with servers in Russia, and Terms of Service (TOS) that state that nothing you share is protected and the app has access to your photos, contacts, and so on and so forth. If YOU used this app then YOU can no longer complain about any other company where your privacy is concerned. And then on the other hand… not to get political but… you have Democrats in Congress calling for an investigation of the app because it is based in Russia and the left side of things is as xenophobic of anything Russian as the right side thinks Mexicans will sneak into their houses at night. Just utter sensationalism and idiocy all around. What next? Investigations into restaurants that serve Beef Stroganoff???