I'm so over Craft Beer... Give me a Miller Lite

July 05, 2019
I recently got a selection of some of my favorite craft brews for this week long 4th of July staycation and... I found that I really don't like the taste of craft beer anymore. Give me a damn Miller Lite (the first beer I ever had) and let's just call it a day.
These craft brews are all trying to be "different and edgy" with their tastes, but it's just coming off as heavy handed and over the top now. This is also from some that I would have called my top 5 favorites in the past. I mean... if it's a damn beer, I want it to taste something like a beer should taste and not something that seems to be scraped from the bottom of the barrel and shoved out the back door as some sort of cutting edge non mainstream, off center, off kilter taste profile. No. Just no!!! 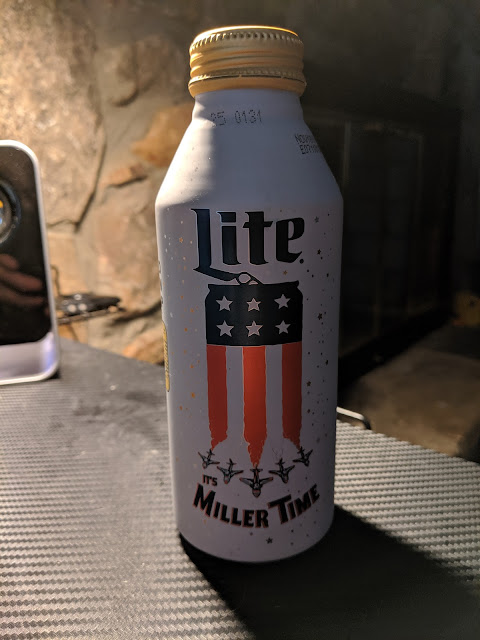 Maybe my tastes have changed back to the baseline? Maybe I'm just tired of craft brews trying to change what a beer should be? Maybe I'm just tired of gimmicks that craft beers seem to be all about these days. Whatever it is... Pass me a Miller and let me enjoy the tastes of my staycation. Oh...yeah... I forgot... I still have more than several bottles of this "cutting edge" swill to get through... (sigh)... After that though... It's Miller Time!!!

Side Note: Miller Lite has been brewed in Georgia since 1979, so it's actually a local brew. What better way to support the local breweries then, than cracking a Miller Lite and making it Miller Time!!!