Who Watches the Watchmen?

June 01, 2019
That would be me. As a matter of fact, you can take your Infinity War (good movie!!!) and Endgame (not so much) while I'll take Watchmen as the best group superhero movie to date. 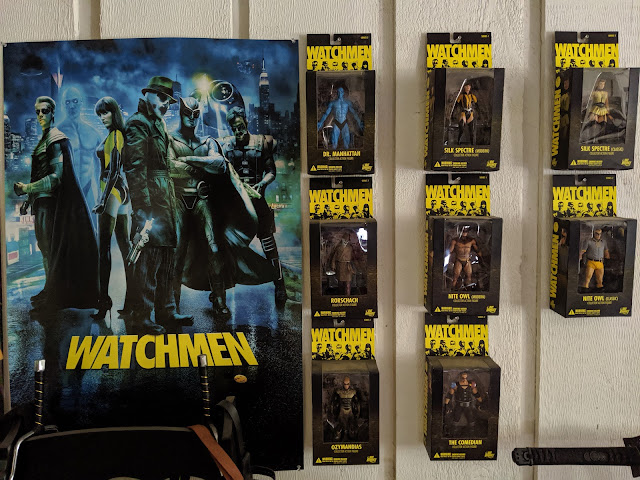 There's just always been something about this story from the original graphic novel, to the movie (which was supposed to be unfilmable) that actually cleaned up the ending from the graphic novel and made it better. It's an adult tale of superheroes, that for the most part don't even have powers, but they still wanted to do right. They all live in a morally gray zone and they all have issues in their lives like the rest of us. Also, it has the best love seen on film (between Silk Spectre and Night Owl) in any superhero movie (come to think of it, that might be the only real love scene like that in a superhero movie).


The film and the graphic novel hold up very well too. Now, DC comics merging the universe that the Watchmen inhabit with their main universe (in the comics)… not so much. I call that fan fiction because the Watchmen were never supposed to be apart of the main DC Universe. As far as the coming HBO series… I'll give it a shot but I go in guarded because Lindelof (Lost) is overseeing that and, well… Lost… let's just not go there. I'm just going to cross my fingers that it is worthy but if it's not… we'll just call it fan fiction too. 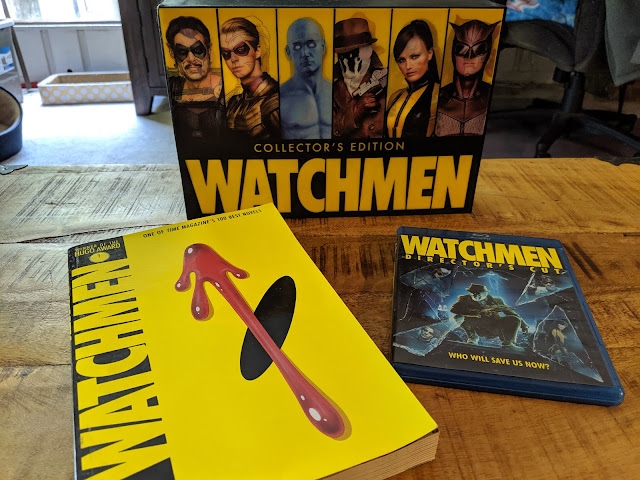 If you haven't seen the movie yet then I highly recommend it. You'll get deep characterization and fully fleshed out stories that put this far above the CGI spectacle of the current group superhero movies. Skip the theatrical version and go straight for the director's cut. Though if you want the full on graphic novel feel of it, then definitely go with the Ultimate Cut, as it ties in the motion comic Tales of the Black Freighter, which is a comic that is being read within the graphic novel itself. The Ultimate Cut is the definitive version that most closely resembles the graphic novel.


If you can appreciate a good story then you will like Watchmen. If not… there's plenty of fan fiction and shallow CGI spectacle you can fall back on. So give it a view and take it all in.